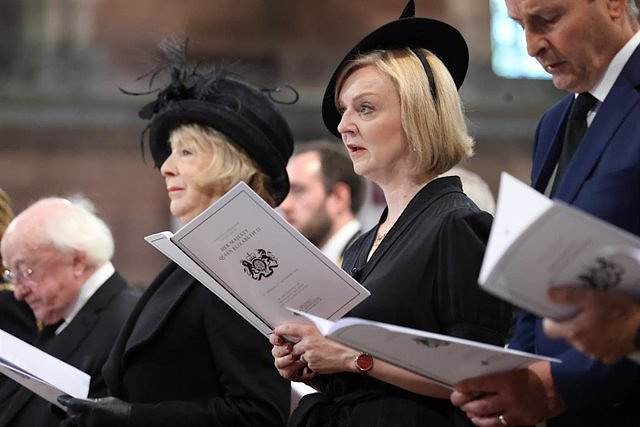 The Prime Minister of the United Kingdom, Liz Truss, will hold a private meeting with the President of the United States, Joe Biden, on the day of the funeral of Queen Elizabeth II, according to the British newspaper 'The Times'.

Downing Street and the UK Foreign Office had insisted that the event, which will be attended by more than 100 heads of state, should not be used as a diplomatic exercise.

Due to the reason for the meeting, the leaders will not pose for photographs or participate in press conferences. The content of the meetings will also not be disclosed, as it will be kept completely private.

Among the leaders who will attend the funeral are members of royal houses from around the world, including Kings Felipe and Letizia, and also presidents and heads of state such as the American Joe Biden, the French Emmanuel Macron and the Turkish Recep Tayyip Erdogan, as well as leaders of Commonwealth countries.

‹ ›
Keywords:
Reino UnidoEstados UnidosJoe Biden
Your comment has been forwarded to the administrator for approval.×
Warning! Will constitute a criminal offense, illegal, threatening, offensive, insulting and swearing, derogatory, defamatory, vulgar, pornographic, indecent, personality rights, damaging or similar nature in the nature of all kinds of financial content, legal, criminal and administrative responsibility for the content of the sender member / members are belong.
Related News