He appreciates the work of Boris Johnson: "History will see him as an enormously consistent prime minister". 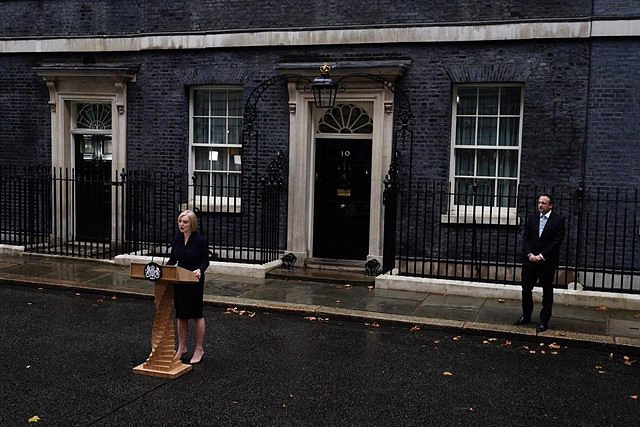 He appreciates the work of Boris Johnson: "History will see him as an enormously consistent prime minister"

The Prime Minister of the United Kingdom, Liz Truss, has dedicated her first speech after being appointed to the position to defend the reform and investment plan with which she wants to "weather the storm", derived from the Russian invasion in Ukraine and the effects who are still kicking from the COVID-19 pandemic.

Truss has arrived at Downing Street from Balmoral (Scotland), where Queen Elizabeth II has formally appointed her as Prime Minister on Tuesday. She wants to "transform" the United Kingdom into a country of "opportunities", in a context that she herself has recognized as complex.

"Honoured" for taking office at a "vital" moment, Truss explained that the United Kingdom must face "headwinds" and reiterated the conservative agenda that she already set out in the campaign and that allowed her to win the Party primaries Conservative.

The 'tory' leader has alluded among her priorities the reduction of taxes, the resolution of the current "energy crisis" or the improvement of public health.

Truss has assumed that "it will not be easy", given the current context, but sees room to adopt measures to face the increase in the cost of living that is already noticeable, for example, in the energy bill.

Truss has entered this Tuesday accompanied by her husband in Downing Street. She is the fourth 'tory' prime minister in just six years and she picks up the baton from Boris Johnson, to whom she remained faithful until the end.

In fact, the new prime minister has once again dedicated good words to her predecessor, whom she has recognized for his role in Brexit, in the fight against the COVID-19 pandemic or in helping Ukraine in the face of Russian aggression.

"History will see him as an enormously consistent prime minister," he said, from the same scene in which Johnson had said goodbye to the nation just a few hours earlier.

‹ ›
Keywords:
Reino UnidoUcrania
Your comment has been forwarded to the administrator for approval.×
Warning! Will constitute a criminal offense, illegal, threatening, offensive, insulting and swearing, derogatory, defamatory, vulgar, pornographic, indecent, personality rights, damaging or similar nature in the nature of all kinds of financial content, legal, criminal and administrative responsibility for the content of the sender member / members are belong.
Related News