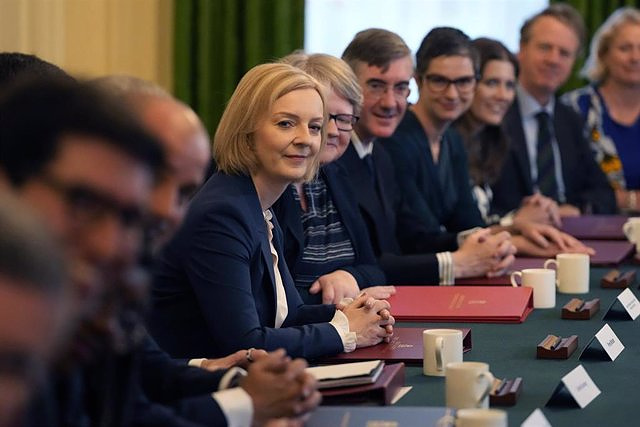 "We will support this country this winter and next, and we will tackle the root causes of high prices so that we are never in the same position again," he told the British Parliament, as reported by the BBC.

This new initiative proposed by Truss, who wants to turn the United Kingdom into "a net exporter of energy by 2040", will relieve energy pressure on households and allow families to save nearly 1,000 pounds sterling (1,150 euros).

On the other hand, it has announced that, together with the Bank of England, the British Government will promote a plan worth up to 40,000 million pounds sterling (46,000 million euros) to guarantee that companies that operate in the wholesale market obtain the liquidity necessary to circumvent price volatility.

"This will stabilize the market and lessen the likelihood that energy retailers will need our support like they did last winter," he told British parliamentarians, according to The Guardian newspaper.

The energy crisis in Europe has triggered electricity prices, which is why many European governments have announced economic measures for the winter with the aim of tackling the shortage in the context of the war in Ukraine.

Truss announced on Tuesday a government marked by the practically general remodeling of the front line, despite the fact that no major political changes are expected in relation to the Johnson era. For this reason, the Prime Minister has decided to keep Ben Wallace as Defense Minister, a key figure in London's strategy in the framework of the Russian invasion of Ukraine.