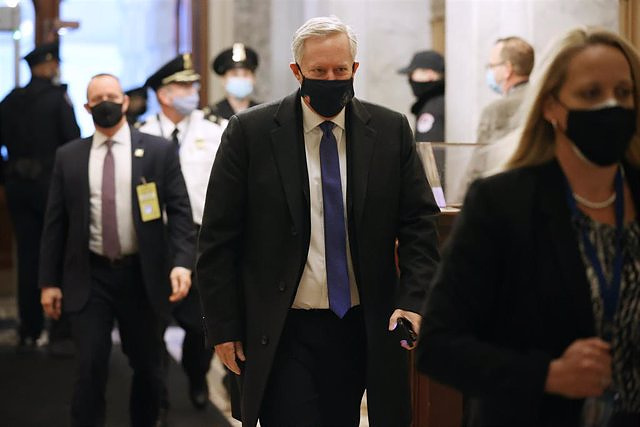 The former White House Chief of Staff during the Trump Administration, Mark Meadows, has complied with the subpoena for an investigation by the Department of Justice into the assault on Capitol Hill, thus becoming the highest-ranking official of the Trump era who responds to a court summons.

Meadows has delivered the same materials that he provided last year to the House of Representatives committee in charge of investigating the assault on the US Capitol, fulfilling the obligations of the subpoena from the Department of Justice, as other subpoenas have not done, as reported by CNN.

In 2021, Meadows delivered thousands of text messages and emails to the House committee. The texts she provided provided a window into his White House dealings, though she withheld hundreds of messages, citing alleged "executive privilege."

However, in addition to Trump's former chief of staff, one of Meadows' main White House aides, Ben Williamson, also recently received a summons from the State Department, sources close to the former presidential adviser have learned to the aforementioned network.

Meadows' subpoena enforcement comes at a time when the Justice Department has stepped up its investigation into the Capitol assault.

Federal investigators have issued at least 30 subpoenas to people with connections to Trump, including senior officials from his fundraising operation and his 2016 campaign.

As White House chief of staff, Meadows collaborated with Trump in efforts to nullify the 2020 election, reaching out to a wide range of officials who were seeking schemes to try to nullify the election.

He also shared unsubstantiated conspiracy theories about Justice Department leaders as Trump tried to enlist the agency's help in his attempt to claim they stole the election from him.