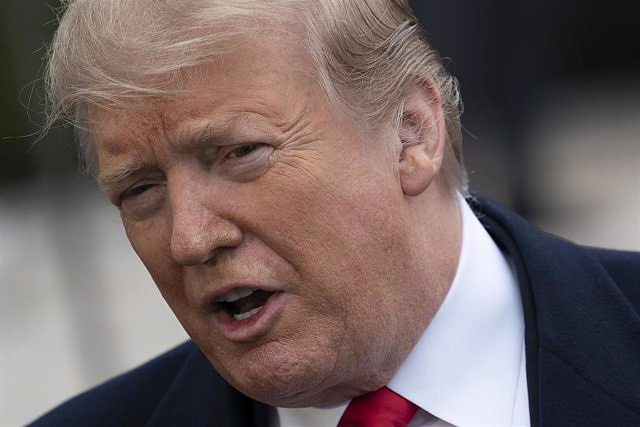 The former president of the United States Donald Trump has filed an appeal to the US Supreme Court on Tuesday to block the Department of Justice from accessing the classified documents confiscated at his Florida residence and to appoint a special expert in charge of previously reviewing the documentation.

Specifically, Trump's legal team has asked the Supreme Court to lift the decision granted by a federal appeals court in Florida, which accepted an appeal from the Department of Justice on September 22, as reported by 'The Hill'.

The federal entity filed an appeal after a judge agreed to the request of Trump's legal team to appoint an external person in charge of reviewing which, among all the confiscated documents, could be confidential or not.

Lawyers for the former White House tenant have argued the appeals court was wrong to allow the Justice Department to appeal "a measure of a procedural nature" that had been taken by federal judge for the Southern District of Florida Aileen Cannon.

"This unjustified suspension must be annulled, since it substantially harms the continuous and urgent work of the special expert," Trump's legal team has detailed, according to the aforementioned newspaper.

On September 22, the federal appeals court again gave access to the documents confiscated from Trump at his Mar-a-Lago residence, after the former president got an expert to review the documents as a way of delaying the investigation for weeks. initiated against him.

With the judicial decision adopted by the court of appeals, Trump's options to block the investigation of the seized documents were reduced only to a possible emergency appeal to the Supreme Court of the United States.

Among the documents that FBI agents collected during the raid on the Mar-a-Lago residence last month, some confidential files have been found that would even describe the military defenses of a foreign government, including its nuclear capabilities.