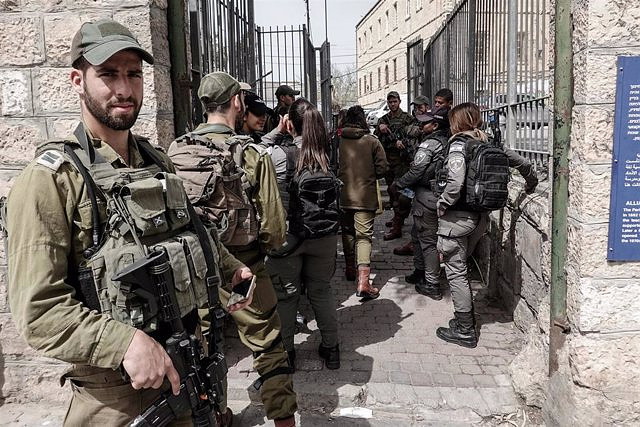 At least three Palestinians were wounded by gunshots after being shot by Israeli security forces near a military checkpoint south of the West Bank city of Nablus, according to Palestinian sources, an incident blamed by Israel on an armed attack on deployed soldiers. in the zone.

The director of the Palestinian Red Crescent Emergency Department, Ahmad Jibril, has indicated that Israeli forces opened fire on a vehicle, injuring its three occupants, as reported by the Palestinian news agency WAFA.

Thus, Jibril has said that two were injured in the lower extremities and were transferred to a Palestinian hospital, while the third received a bullet in the neck and was detained by the Israeli military, who later transferred him to an Israeli hospital.

The Israeli Army has indicated in a message on its account on the social network Twitter that "several armed assailants approached a checkpoint near Nablus" and added that "after one of the suspects opened fire, the soldiers responded and neutralized the assailant." "The suspect was evacuated for medical treatment. There are no injuries among the Israel Defense Forces (IDF)," he added.

The event took place less than a week after the death of two Palestinian militiamen during an operation by the Israeli Army in Nablus, amid the rise in tensions in the area in recent months after several terrorist attacks carried out since mid-March. , which led to increased operations by Israeli forces in the West Bank.