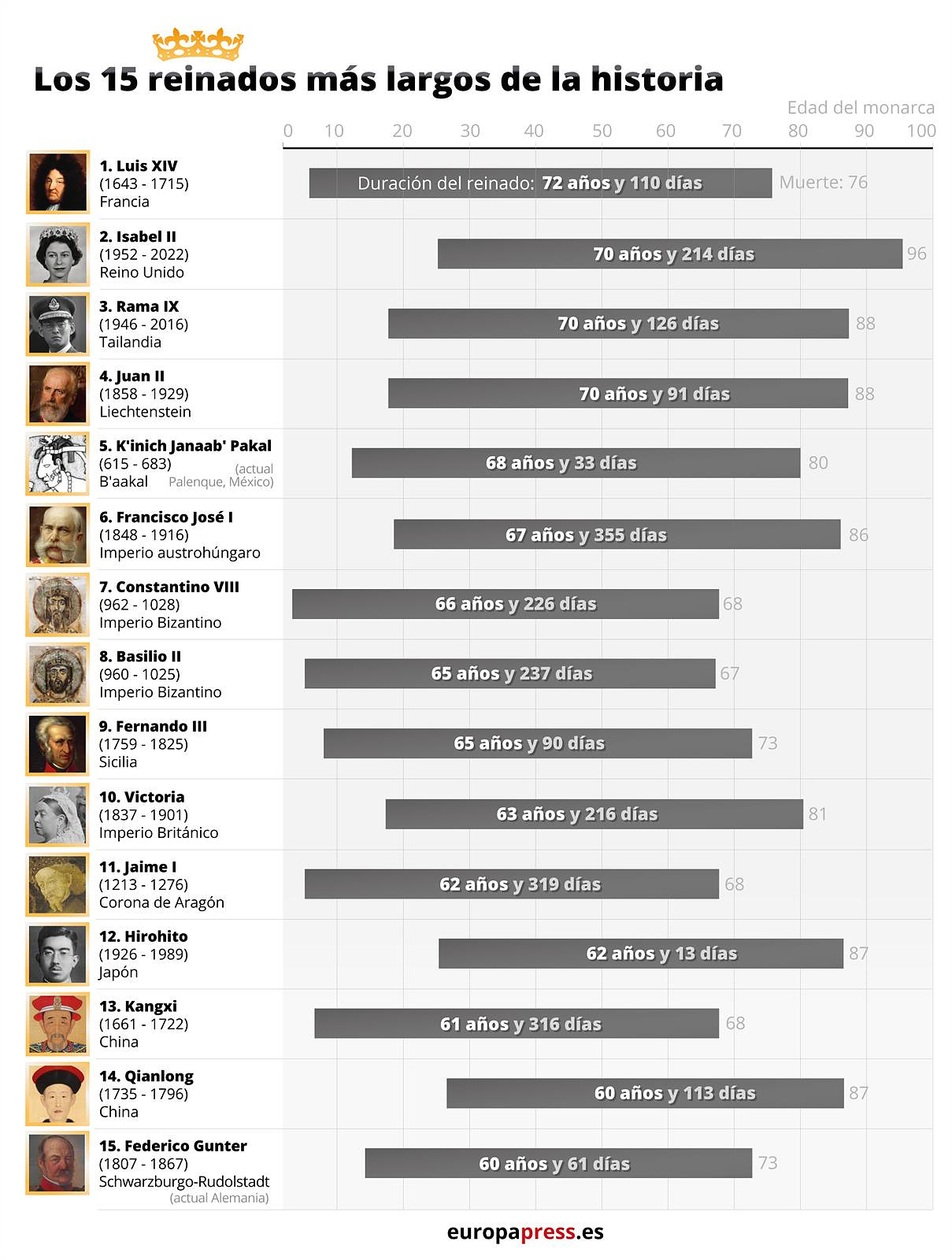 The reign of Elizabeth II, who has died at the age of 96, has been the longest in the history of the United Kingdom and the second longest in history.

Born on April 21, 1926, Elizabeth II of the United Kingdom came to the throne at the age of 25 after the death of her father in 1952. In her long reign, she has known fifteen British prime ministers, twelve presidents of the United States and has been witness of important events of the 20th century and the first two decades of the 21st.

After her death, she has become the monarch with the second longest reign in history, only behind Louis XIV. This king died at the age of 76 and acceded to the French throne when he was only five, which is why part of his mandate was occupied by the regency of his mother Anne of Austria. The regencies also marked other reigns that have lasted more than sixty years, such as those of Constantine VIII and Basil II, appointed co-emperors of the Byzantine Empire with less than five years; or that of Ferdinand III of Sicily, who was appointed king of Naples when he was only eight years old when his father, Carlos III, ascended to the Spanish throne.

King Bhumibol of Thailand, also known as Rama IX and who died in 2016, also reached seventy years of reign. History is also full of long-lived monarchs such as Franz Joseph I, who was on the throne of the Austro-Hungarian Empire for 67 years and 335 days, until his death in 1916 during the First World War and only two years before his dissolution. There is also a monarch in the history of Spain among the longest in history, since that of Jaime I of Aragón 'the Conqueror' lasted 62 years and 319 days.

Until being surpassed by Elizabeth II, the person who had reigned in Great Britain the longest had been Victoria, who died in 1901 leaving behind 63 years and 216 days of mandate.