They order the evacuation of 72,000 people in Japan due to the arrival of typhoon 'Meari' 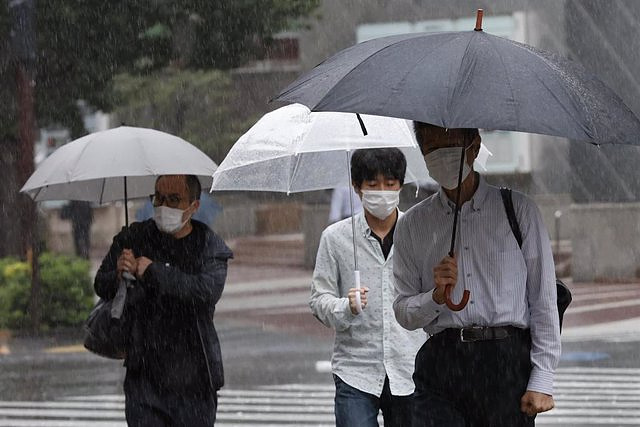 Japanese authorities have ordered the evacuation of some 72,000 people from the city of Shizuoka, in south-central Japan, due to the arrival of typhoon 'Meari'.

Landslides have already been reported in the Izu Peninsula region near Tokyo, one of which has isolated five homes. The storm has also caused road, rail and flight traffic problems, as reported by the Japan Meteorological Agency and reported by the Kiodo news agency.

From the Agency they have warned of possible landslides, flooding in low-lying areas, possible river overflows, storms with electrical equipment and strong winds and waves.

Up to 150 millimeters of rain per square meter are expected in the Tokai region, where the typhoon made landfall at 5:30 p.m. on Saturday, in addition to heavy rains in the Kanto-Koshin regions -- where Tokyo is located -- and in the Tohoku region.

The storm has caused the suspension of the Toakido bullet train between Shizuoka and Kakegawa, which has affected some 92,000 passengers and there are 11,800 affected by the cancellation of 108 flights of the flag carrier ANA at Shizuoka and Hachijojima airports. There have also been some cancellations at Tokyo Haneda International Airport.

The Chubu Electric Power Co. has reported that there are 1,200 households without power in the Shimizu neighborhood of Shizuoka and another 2,000 in other nearby townships such as Kakegawa.