They arrest the president of the Guatemalan newspaper 'El Periódico' 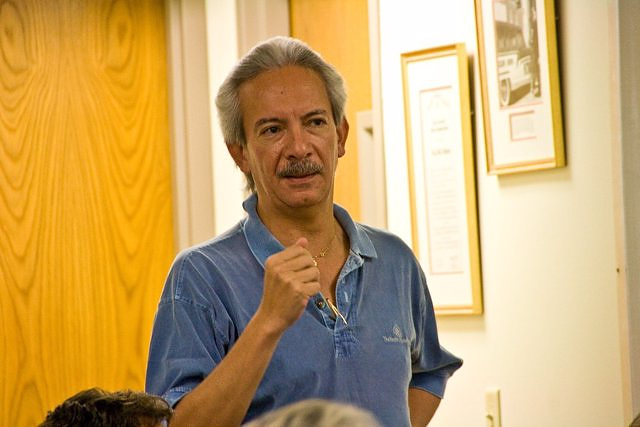 The president of the Guatemalan newspaper 'El Periódico', José Rubén Zamora, was arrested this Friday at his home after a court of first instance in Guatemala City authorized an arrest warrant, raiding his house and the newspaper's editorial office. .

Asked about the reasons for Zamora's arrest, the head of the Special Prosecutor's Office against Impunity (FECI), Rafael Curruchiche --who asked the court for the arrest warrant--, has argued that the case "is under reserve", avoiding thus explaining the motivation, as reported by 'El Periódico' itself in a statement.

The head of the FECI has only pointed out that the crimes for which the Guatemalan Police have searched his house and the newsroom of 'El Periódico' are related to alleged money laundering, blackmail or influence peddling, among others.

However, human rights organizations have already shown their "concern after receiving the news." "He is the director of 'El Periódico', a newspaper that has done investigative journalism, said Jordán Rodas, the Human Rights Ombudsman (PDH) of Guatemala.

"We are in a very difficult moment. God forbid we think that we are on the brink of a Nicaragua two point zero. Freedom of expression is essential and it is important to defend it, and a democracy without an independent press really affects it in the long run," he added. Rhodes a statement.

For its part, the Association of Guatemalan Journalists (APG) and its Press Freedom Commission have "strongly" rejected the raids carried out by the Guatemalan Prosecutor's Office, which keep media workers incommunicado and unable to leave the facilities.

"This afternoon's actions highlight the establishment of a dictatorial state. Directors of the media have reported that the prosecutors did not argue the raid on 'El Periódico' because the case is "under reserve", but this did not prevent the office of the Attorney General, Maria Consuelo Porras Argueta (...), will leak the information to groups of fake accounts," the organization said in a statement.

The APG has assured that the Guatemalan authorities do not let journalists leave the newsroom to prevent them from carrying out their work of "persecution, criminalization and censorship that the State, through the security forces, continues to undertake against the media. media and journalists who do not bow to the interests of state authorities".

"This Friday's actions are Porras Argueta's revenge for the investigations and publications that 'El Periódico' has carried out to show the acts of corruption of the Prime Minister, the Presidency, the Guatemalan Congress, among other public bodies," he added. .

They have also accused the Guatemalan president, Alejandro Giammattei, of replicating "the repressive actions of the dictatorship of Daniel Ortega and Rosario Murillo in Nicaragua," and of seeking to economically drown the newspaper to force its closure.

"The Presidency could take similar measures with other media in the near or medium future (...). We hold President Giammattei directly responsible for undermining access to Justice in the country," added the APG.

‹ ›
Keywords:
Guatemala
Your comment has been forwarded to the administrator for approval.×
Warning! Will constitute a criminal offense, illegal, threatening, offensive, insulting and swearing, derogatory, defamatory, vulgar, pornographic, indecent, personality rights, damaging or similar nature in the nature of all kinds of financial content, legal, criminal and administrative responsibility for the content of the sender member / members are belong.
Related News