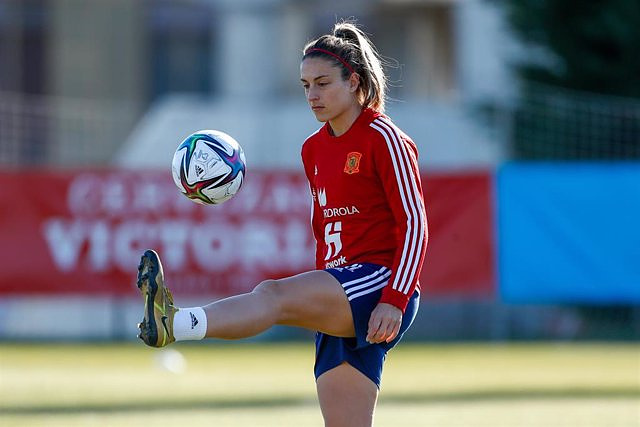 The Spanish women's football team is concentrating from this Sunday at the Ciudad del Fútbol in Las Rozas (Madrid) to begin its preparation for the European Championship in England this summer, which will be held from July 6 to 31.

The 28 players called up will thus start their way to the continental event with two friendly matches, the first of them against Australia on Saturday June 25 at the Nuevo Colombino in Huelva. Later, on Friday, July 1, they will face Italy at the Stadio Teofilo Patini in Castel di Sangro.

On Sunday, July 3, Jorge Vilda's team will begin their trip to Marlow (England) to face the tournament. Before, at the end of June, the Spanish coach will have to give the final list of 23 internationals to play the European Championship, so he will have to rule out five players.

Villarreal's Aragonese striker Salma Paralluelo, U-17 European and world champion, is the main novelty on a continuous list that includes eleven players from FC Barcelona, ​​current champion of the Primera Iberdrola and the Copa de la Reina and runner-up of the Champions League.

Players such as Marta Cardona and Athenea del Castillo, two of the seven Madridistas in the call, have also received the call, while white teammates such as Claudia Zornoza, Maite Oroz and Nahikari García or the athletic Maitane López were left out.

‹ ›
Keywords:
EurocopaMujer Y Deporte
Your comment has been forwarded to the administrator for approval.×
Warning! Will constitute a criminal offense, illegal, threatening, offensive, insulting and swearing, derogatory, defamatory, vulgar, pornographic, indecent, personality rights, damaging or similar nature in the nature of all kinds of financial content, legal, criminal and administrative responsibility for the content of the sender member / members are belong.
Related News