The US offered North Korea to resume talks in July, but Pyongyang did not respond 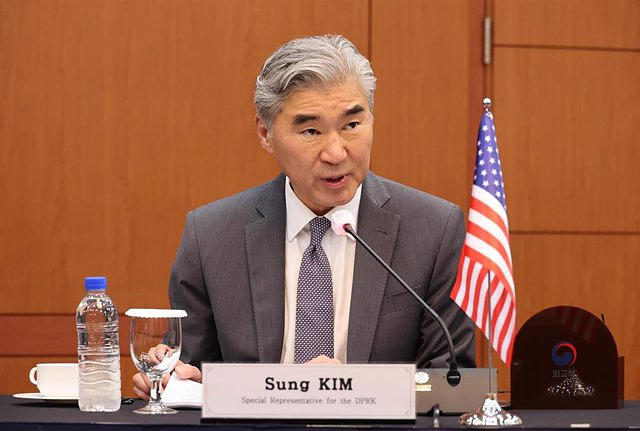 In July, the United States authorities offered North Korea the possibility of resuming dialogue between the two countries, although Washington never received a response from Pyongyang.

As detailed on Tuesday by the United States special representative for North Korea, Sung Kim, the proposal involved the North Korean delegation to the United Nations, according to the South Korean news agency Yonhap.

According to Kim, this offer for dialogue by Washington is part of the commitment that the president of the United States, Joe Biden, has to re-engage with Pyongyang and its leaders.

"I think our last communication with North Korea was during the summer. We sent the message reiterating our interest in re-interaction and also re-offering our assistance on COVID-19 related issues," Kim said.

However, for the US representative, the North Korean authorities seem to have "no interest" in resuming the dialogue, although he has pointed to the outbreaks of coronavirus that the Asian country is experiencing as a reason for the non-response.

On the other hand, he has stressed that both the United States and North Korean governments have "many creative ideas" to resume contact with the northern neighbor, with which Kim has asked Pyongyang to return to the table. negotiations to work for the "complete denuclearization" of the peninsula, among other issues.

North Korea has recently held a series of nuclear tests and has even passed new legislation making it national policy to use nuclear weapons automatically in the event of an attack on the country.

Washington and Pyongyang have not sat down at the arms dialogue table since North Korean leader Kim Jong Un and then-US President Donald Trump broke off negotiations in 2019.

‹ ›
Keywords:
Estados UnidosCorea Del Norte
Your comment has been forwarded to the administrator for approval.×
Warning! Will constitute a criminal offense, illegal, threatening, offensive, insulting and swearing, derogatory, defamatory, vulgar, pornographic, indecent, personality rights, damaging or similar nature in the nature of all kinds of financial content, legal, criminal and administrative responsibility for the content of the sender member / members are belong.
Related News