In recent days, drafts have circulated for a possible new nuclear agreement. 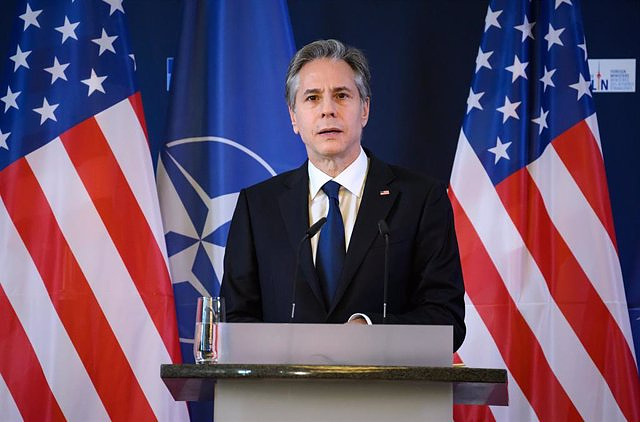 In recent days, drafts have circulated for a possible new nuclear agreement

The US Treasury Department announced on Monday new sanctions against companies and ships for failing to comply with the sanctions imposed on Iran despite the latest positive signs about the progress of negotiations to recover the 2015 nuclear agreement.

Treasury Under Secretary for Terrorism and Financial Intelligence Brian Nelson has explained that sanctions have been imposed on four companies linked to the shipment of Iranian oil from Iran to East Asia for tens of millions of dollars.

"The United States remains on the path of diplomacy to bring about a mutual return to full implementation" of the 2015 agreement, Nelson said. "Until then ... we will continue to apply sanctions on the illicit sale of Iranian oil and petrochemicals," he added.

Later, the US Secretary of State, Antony Blinken, explained that these are sanctions "on entities that traded with Iranian oil and petrochemicals." "We will continue to use our authority against exports of these products until Iran is ready to return to full implementation of its commitments under a mutual return to the Joint Comprehensive Plan of Action," the 2015 nuclear deal, he added.

This same Monday, Iran has opted for an agreement to reinstate the 2015 nuclear agreement, from which Tehran has been progressively withdrawing since the United States unilaterally abandoned it in 2018.

In recent hours, the High Representative of the European Union for Common Foreign and Security Policy, Josep Borrell, mediator in the negotiations, has exchanged several draft agreements with the United States and Iran for study.