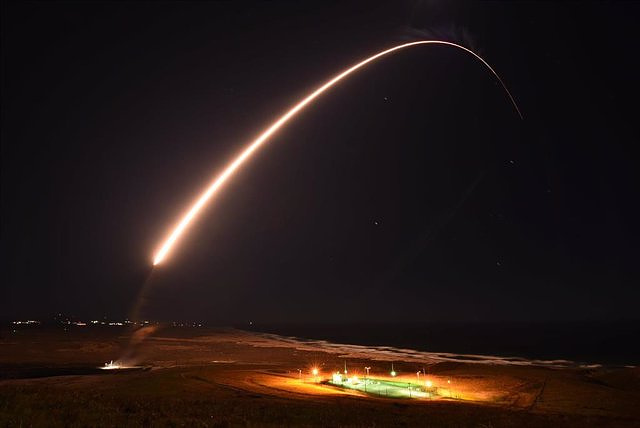 The United States launched an intercontinental ballistic missile from the Vandenberg Space Force Base in California early Wednesday as part of its routine tests to show that Washington's nuclear deterrence is safe.

The test of the Minuteman III intercontinental ballistic missile (ICBM) has been carried out at around 1:13 a.m. (local time) to validate and verify the "effectiveness, readiness and precision" of the weapon system, according to what was reported on Tuesday in a communicated the American base.

In this way, Washington transmitted to Russia "in advance" the launch of the missile in accordance with the new Strategic Arms Reduction Treaty (START), an agreement between the two nations, for now in force thanks to an extension signed in 2021.

The Brigadier General of the US Air Force, Pat Ryder, also reported the day before, at a Pentagon press conference, that the test would be carried out to "demonstrate the preparation of the United States with respect to nuclear forces."

The United States also carried out a test with the same missile on August 16 in the framework of a possible escalation of tensions with China due to the visit of the president of the House of Representatives, Nancy Pelosi, to Taiwan.