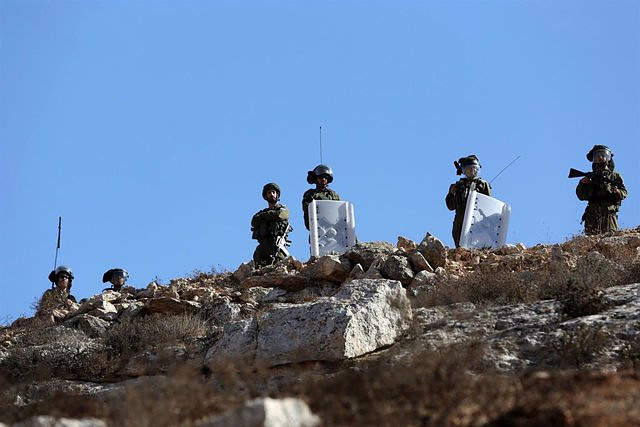 The United States National Security Adviser, Jake Sullivan, has asked the secretary of the Executive Committee of the Organization for the Liberation of Palestine (PLO), Hussein al Sheikh, to take measures "to reduce tensions in the West Bank".

Sullivan's spokeswoman, Adrienne Watson, has reported that the adviser has stressed the need to act in response to the situation in the West Bank "by combating terrorism and incitement."

"He noted the importance of all parties refraining from taking unilateral actions that threaten stability, and emphasized the need to strengthen Palestinian institutions, including reinforcing the commitment to non-violence," the spokeswoman said in a press release. , after the meeting between Sullivan and Al Shaij this Tuesday at the White House.

Watson recalled that US President Joe Biden visited the West Bank in July, at which time they discussed Washington's interest in supporting peace and stability, "preserving the path to two-state negotiations and promoting equitable security measures, prosperity and freedom for Israelis and Palestinians alike.

This meeting has taken place at the same time that the Palestinian Authority has denounced a "large-scale war" by Israeli settlers against Palestinian civilians in the West Bank.

The spokesman for the Presidency of the Palestinian Authority, Nabil abu Rudeina, has pointed out that the Israeli Army and "extremist settlers" are responsible for attacks on cities, villages and refugee camps and has denounced "terrorist attacks" by settlers against civilians and holy places.

"We ask the international community and the United Nations Security Council to intervene urgently to give international protection to the Palestinian people," he said, before stressing that Israel "exploits international silence" to maintain its aggression.

‹ ›
Keywords:
Estados UnidosPalestina
Your comment has been forwarded to the administrator for approval.×
Warning! Will constitute a criminal offense, illegal, threatening, offensive, insulting and swearing, derogatory, defamatory, vulgar, pornographic, indecent, personality rights, damaging or similar nature in the nature of all kinds of financial content, legal, criminal and administrative responsibility for the content of the sender member / members are belong.
Related News