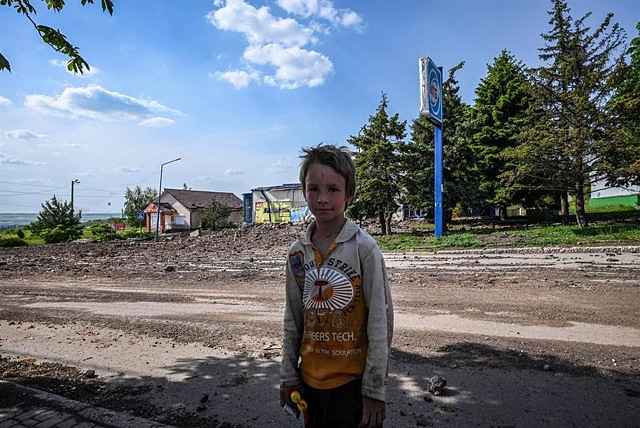 The Ukrainian Children's Prosecutor's Office reported this Saturday that at least 287 children have died and 492 have been injured in attacks carried out by Russia since the beginning of the invasion of Ukraine at the end of February.

This latest balance incorporates 24 children killed during Russian attacks in the city of Mariúpol, according to the Prosecutor's Office.

Likewise, the Prosecutor's Office has denounced that 1,971 educational institutions have suffered material damage since the beginning of the invasion, 194 of which have been completely destroyed.

More than 4,300 Ukrainian civilians have died and more than 5,200 have been injured as a result of the Russian invasion of Ukraine since the beginning of the invasion, according to the latest updated balance of the United Nations High Commissioner for Human Rights, published this past Friday. .

The UN has verified, in this same balance, 274 dead children and 443 wounded since the beginning of the war. However, both the figures from the United Nations and those from the Ukrainian Prosecutor's Office are feared that they are actually lower than the real ones.