'The tunnel of hatred', a sensory experience in the European Parliament to reproduce the harassment of ETA and its environment 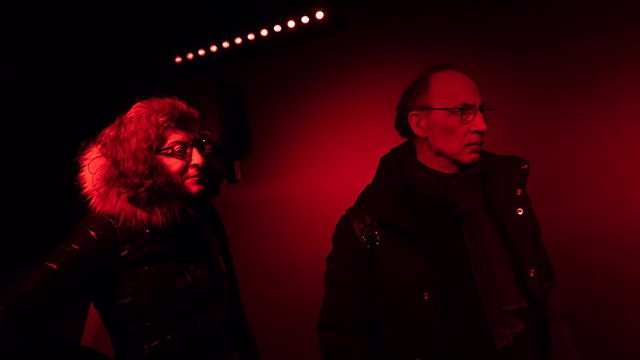 A sensory experience in the European Parliament will reproduce the climate of oppression of many persecuted in the Basque Country and Navarra as a commemoration of the 23rd anniversary of the awarding of the Sakharov Prize to the ¡Basta Ya! platform.

The 'tunnel of hate' is a proposal promoted by the Citizens MEP Maite Pagazaurtundua and the work of the artist and set designer José Ibarrola that will be inaugurated next Tuesday the 31st by the president of the European Parliament, Roberta Metsola.

The objective of the initiative is to value the "revulsive" that ¡Basta Ya! in the fight against ETA and its environment, the validity of the message of "freedom of conscience and contrary to ethnic dogmatism for the new generations and the irreverence with which he faced the dictatorship of terror and exclusive ethnonationalism".

Enough already! he received the Sakharov Prize in 2000 and now the exhibition commemorates him with an artistic and immersive montage that mixes darkness, the silence of the harassed and the screams of the harassers.

Pagazaurtundua wants this initiative to serve to understand how the culture of hate and fear was faced, but also what remains pending in "post-terrorism" and the dynamics of normalization of ideological hatred "that have jumped from the networks to reality".

"On the one hand, we want to generate a feeling of harassment and also rebellion against the dictatorship and terror of ETA," explained the MEP. Ibarrola, for his part, explained that the idea has been to place people in a territory where they are not usually: "surrounded by insults and attacks, to remember the feeling that we had for many years and that can be repeated, we must be vigilant to combat fanaticism".

The exhibition is complemented by a day of debate on January 31 that will be opened by the President of the European Parliament, Roberta Metsola, together with Ibarrola himself and the philosopher Fernando Savater, one of the promoters of ¡Basta ya! and who collected the award in the year 2000 on behalf of the civic platform.

Among the participants in the debates will be the director of the Miguel Ángel Blanco Foundation, Cristina Cuesta; the founder of the Ermua Forum and ¡Basta Ya! Mikel Iriondo; or a former escort. Savater himself or José Ibarrola will also participate.

Along the same lines, Pagazaurtundua will also launch a web page that will continue the exhibition and these conferences, where you can find content about the exhibition, the history of Basta Ya!, an audio library, materials from the period and the debates.

‹ ›
Keywords:
ETAParlamento Europeo
Your comment has been forwarded to the administrator for approval.×
Warning! Will constitute a criminal offense, illegal, threatening, offensive, insulting and swearing, derogatory, defamatory, vulgar, pornographic, indecent, personality rights, damaging or similar nature in the nature of all kinds of financial content, legal, criminal and administrative responsibility for the content of the sender member / members are belong.
Related News