The Tour and the confirmation of its generational change 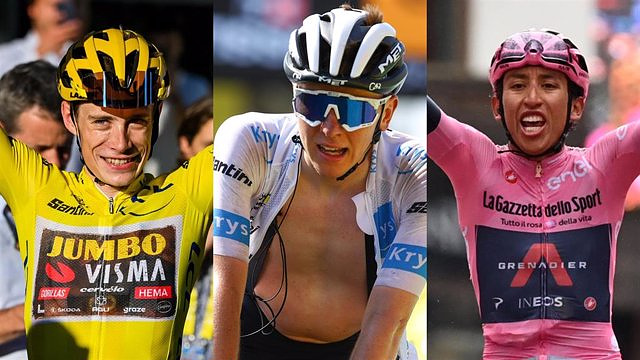 Jonas Vingegaard's victory in the Tour de France after an anthological fight with Tadej Pogacar has revealed a trend that has been observed in recent years in the French round, the new generation of elite cyclists has completely displaced the most veterans.

The Tour de France is the quintessential cycling race, where the best in the world fight to wear yellow, a place that can change a rider's career forever with a single stage, and where experience used to be a fundamental factor. and weight when controlling the race.

However, in the last four years, the winners of the Tour have been 25 years old or younger, with Jonas Vingegaard being the oldest on this list, something that contrasts with the previous eight, who were always over 29 years old.

In 2022, the victory was disputed between Tadej Pogacar, 23, and Vingegaard, 25, although the podium was completed by the Welshman Geraint Thomas (36). This is the second year that the Dane and the Slovenian have played the Tour, confirming that the yellow jersey is already in the hands of the new generation of cyclists.

Although it was not easy to reverse the trend, the first to break that barrier was the Colombian Egan Bernal, who won in 2019 by just one minute and eleven seconds over his teammate Geraint Thomas, who was the defending champion, and became the youngest South American winner and the third of all time (although he was later surpassed by Pogacar), at 22 years old.

In 2020, the great emergence of Pogacar turned the world of cycling upside down. A 21-year-old boy stole the Tour three stages from the end of the favorite, Primoz Roglic, and became the second youngest winner in the entire history of the Tour, only surpassed by Henri Cornet, who won in 1904 when he was 19 years.

The Slovenian cyclist himself made history again in 2021, being the youngest rider to win the French round twice, and getting on what was the youngest podium in the last fifty years together with Vingegaard and the Ecuadorian Richard Carapaz, with a drawer with a mean age of 24.6 years.

The way in which these last few Tours have been won is also very different from what had been seen in the past decade, where instead of a melee, the race was won by a very dominating team.

In this period, the two fastest races of the Tour de France have also taken place in its 109 editions. 2022 has been the year in which the highest average number of kilometers per hour has been rolled, 42.1, above that of 2021, which registered a mark of 41.1 km/h.

This generational change is also understood through the professionalization of races in lower categories. Both in the case of Egan Bernal (2017) and Tadej Pogacar (2018), the situation is that they were champions of the Tour del Porvenir two years before conquering the great French round.

Since Cadel Evans won the Tour in 2011 as the third oldest rider to do so (at 34 years and 160 days), a decade of triumphs for experienced and seasoned riders began that lasted until 2019.

‹ ›
Keywords:
Tour De Francia
Your comment has been forwarded to the administrator for approval.×
Warning! Will constitute a criminal offense, illegal, threatening, offensive, insulting and swearing, derogatory, defamatory, vulgar, pornographic, indecent, personality rights, damaging or similar nature in the nature of all kinds of financial content, legal, criminal and administrative responsibility for the content of the sender member / members are belong.
Related News