The Second Chamber will study whether to raise Casero's appeal against Batet to the Plenary for the vote on the labor reform. 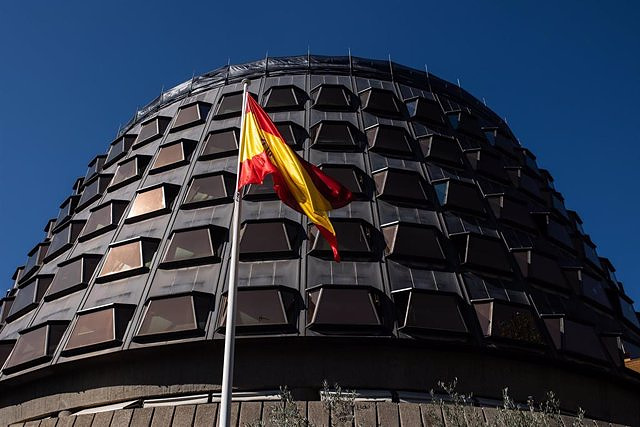 The Plenary of the Constitutional Court (TC) meets this Tuesday to decide whether or not to admit the appeal of PP and Cs against several articles of the Catalan law that eliminates 25 percent of Spanish in the classroom.

Specifically, the formations filed an appeal against several articles of the Decree-law of Catalonia 6/2022, which establishes the criteria applicable to the preparation, approval, validation and review of linguistic projects of educational centers. They also appealed articles 2.1 and 2.4 of the Catalan Law 8/2022 on the use and learning of official languages ​​in non-university education.

As reported by the guarantee body, Judge Antonio Narváez will be in charge of defending the presentation before the plenary session of the court.

Both PP and Ciudadanos understand that with these regulations the Catalan Government violates the Constitution by omitting any reference to Spanish as the vehicular language of education in Catalonia. The leader of the PP, Alberto Núñez Feijóo, and the president of Ciudadanos (Cs), Inés Arrimadas, announced in May that they would jointly appeal to the Constitutional Court the law of Catalan in schools agreed between the PSC, ERC, Junts and the commons.

The general secretary of the PP, Cuca Gamarra, assured -at a press conference at the party's headquarters in Madrid- that the resource to guarantee Spanish in the schools of Catalonia should have been promoted by the Government of Pedro Sánchez, but that he had "resigned so that he can remain president."

In an appearance in Barcelona, ​​the leader of Ciudadanos criticized the "trap decree" on the Catalan of the Government and defended the need to present this resource together with the Popular Party to make unity of constitutionalist action against the independence movement.

One of the grounds for the appeal is that both the Decree and the Law omit any reference to Spanish as the vehicular language in education in Catalonia, violating the Spanish Constitution, the Statute of Autonomy and the Court's own doctrine in a judgment of June 2010, as stated in a statement released by the PP.

Likewise, the Plenary must resolve Vox's appeal against the law that reforms civil and procedural legislation to support people with disabilities in the exercise of their legal capacity.

In turn, you must decide whether or not to admit the appeal of those of Santiago Abascal against several articles of the Catalan law that modifies the law to face the emergency in the field of housing.

For its part, the Second Chamber of the Constitutional Court plans this week to decide whether to raise to the Plenary two appeals by the PP deputy Alberto Casero and the Popular Parliamentary Group against the president of Congress, Meritxell Batet, for the vote on February 3 of the reform labor, which went ahead by 175 votes in favor against 174 against.

As reported by the court of guarantees, the magistrates of the Second Chamber will meet tomorrow, Monday, at 10 a.m., to debate --among other matters-- whether to leave in the hands of the Plenary the decision to admit or not the appeals for processing. the 'popular' and a Vox resource also related to the vote on the labor reform.

The PP took to the Constitutional Court the "democratic outrage" that, in its opinion, was committed in the vote on the labor reform. Speaking to Europa Press, spokeswoman Cuca Gamarra assured that that day "the right" of Casero was violated, that she warned "in advance" of what had happened with the telematic vote. She, to her understanding, had "capacity" for the deputy to vote in person.

The Popular Group presented the appeals before knowing the report of the lawyers of the Congress, who concluded that Casero's vote in favor of the labor reform was valid and that it could not be revoked even if he was wrong. In that report, it was also ruled out that there was a failure of the computer system.

Likewise, the Second Chamber is expected to study whether or not to admit the appeal of the deputies of the Citizens Parliamentary Group against the agreements of the Parliamentary Table of March 25 and 26, 2021 that allowed the former minister and deputy of Junts Lluís Puig --who lives in Belgium-- to delegate his vote for the session held on the debate on the investiture of Pere Aragonès as Catalan president.

Already last July, the Constitutional Court itself gave protection to the parliamentary groups of Ciudadanos and Vox in the Parlament and declared their rights to exercise their representative functions violated with the requirements indicated by the laws (article 23.2 of the Spanish Constitution), which is in connection with the right of citizens to participate in public affairs through their representatives (article 23.1).

‹ ›
Keywords:
PPTribunal Constitucional
Your comment has been forwarded to the administrator for approval.×
Warning! Will constitute a criminal offense, illegal, threatening, offensive, insulting and swearing, derogatory, defamatory, vulgar, pornographic, indecent, personality rights, damaging or similar nature in the nature of all kinds of financial content, legal, criminal and administrative responsibility for the content of the sender member / members are belong.
Related News