The Supreme says that the dismissal of Sánchez Corbí as head of the UCO was motivated in a "clear, sufficient and understandable" way

He rules out that the dismissal was a disciplinary sanction, neither overt nor covert. 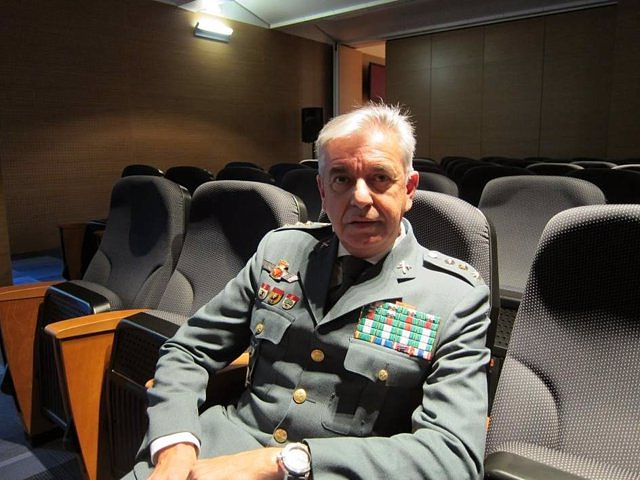 He rules out that the dismissal was a disciplinary sanction, neither overt nor covert

The Supreme Court has considered that the dismissal of Colonel Manuel Sánchez Corbí as head of the Central Operational Unit (UCO) of the Civil Guard had a "clear, sufficient and understandable reason" for the loss of confidence alleged by the Secretary of State for Security in August 2018.

This Monday the sentence was released in which the magistrates argue their decision, advanced on September 20, to dismiss the appeal filed by the colonel against the sentence of the National Court that considered the dismissal adjusted to Law.

The court has concluded that Sánchez Corbí "was aware of the reasons that led to his dismissal and acted accordingly, as evidenced by the allegation put forward in his defense in the successive challenges made, both administratively (appeal for appeal), and in court jurisdictional (contentious-administrative remedy and appeal)".

Within the framework of the sentence, the Fourth Section of the Contentious-Administrative Chamber has debated how the dismissal of freely appointed public officials should be motivated. Although in February the magistrates warned that this matter had already been addressed previously by the Supreme Court, they specified that it was necessary to "confirm, clarify or specify the existing doctrine."

Now, it has explained that the requirement of motivation of the administrative acts is applicable to the acts dictated in the exercise of discretionary powers, which includes the acts that agree to the dismissal or revocation in a position that was accessed through the system of free designation. And he has specified that in the field of the Civil Guard there is no exemption or waiver, taking into account the contours of this appeal, to the general rule of the motivation of administrative acts.

In the case of Sánchez Corbí, the Supreme Court has understood that the motivation was justified by the "loss of trust" after the colonel sent an email on July 25, 2018 to the Judicial Police Headquarters and to all the Departments of the UCO "ordering that any activity of the Unit and its subordinate units be temporarily suspended, which compulsorily require expenditures from the Reserved Expense Funds item, without having received any type of instruction from its Organic Commands or from the Judicial Authority or the Public Prosecutor's Office , putting at risk the success of police and judicial operations".

In 20 pages, the court has explained that the dismissal appears "sufficiently motivated, since the reasons for this loss of confidence, essential in the performance of this type of position, and that it is legal and expressly concerned through its mention in article 77.2 of Law 29/2014 (of the Civil Guard Personnel Regime)".

Thus, the magistrates have stressed that the agreement "provides a clear, sufficient, understandable and specific motivation for the case, in relation to the reasons for his dismissal." In his opinion, it cannot be said that these explanations are "generic or standardized", since they provide "a specific and detailed explanation of the circumstances and the reasons why the loss of confidence that determines the disputed cessation in the instance".

Within the framework of his appeal, the colonel alleged that several articles of the Common Administrative Procedure of Public Administrations and of the Spanish Constitution had been violated regarding the duty to motivate termination of this type of position and understood that it was applicable to the Civil Guard . He assured that his dismissal covered "a sanction" that had been imposed "unfairly, totally and absolutely disregarding the legally established procedure."

In the sentence, of which the magistrate Pilar Teso has been a rapporteur, the court has ruled out that the dismissal was a disciplinary sanction, neither overt nor covert.

"We find ourselves, on the contrary, before the termination of the performance of a position that was accessed through the free appointment system, due to the concurrence of the supervening circumstances, indicated above, that determined the loss of confidence in the person who had been appointed" , the Chamber has indicated.

The Supreme Court has ruled after last February it admitted Sánchez Corbí's appeal for processing --against the criteria of the State Attorney's Office-- and agreed to study the case on the understanding that it was of appeal to establish whether the decisions relating to the freely appointed positions must be motivated or not.

‹ ›
Keywords:
Guardia CivilTribunal Supremo
Your comment has been forwarded to the administrator for approval.×
Warning! Will constitute a criminal offense, illegal, threatening, offensive, insulting and swearing, derogatory, defamatory, vulgar, pornographic, indecent, personality rights, damaging or similar nature in the nature of all kinds of financial content, legal, criminal and administrative responsibility for the content of the sender member / members are belong.
Related News