Understand that this part of the body belongs to the woman's privacy and can only be visible "by her own will". 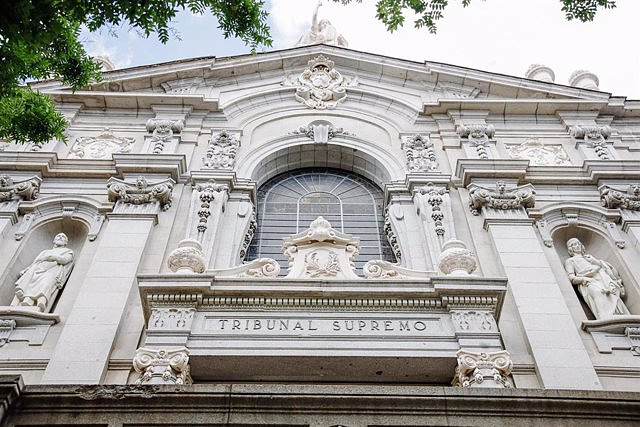 The Supreme Court (TS) has annulled an acquittal and sentenced a man to a fine for revealing secrets, a crime he committed by sending without consent a photograph of his ex-girlfriend partially naked, with his chest exposed, a more than sufficient condition, to trial of the magistrates, to violate their privacy.

"Although the nude is only of the torso, and not of the entire body, the protected legal right is compromised", that is, "the attack against the privacy of the complainant", assures the Criminal Chamber of the Supreme Court in a sentence collected by Europe Press.

With this decision, the Supreme Court reverses the acquittal agreed by the Provincial Court of Oviedo, which had agreed with the man. Thus, the TS restores the sentence of the Criminal Court Number 4 of Oviedo, which punished him to pay a fine of 2,168 euros and a compensation of 500 euros to the woman, as well as not being able to communicate or approach less than 500 meters from her in two years.

The Provincial Court declared the man innocent, considering that the photograph sent was not serious enough to affect the privacy of the woman, based on the fact that the only part that appeared naked was the chest. However, "what is truly decisive is that nudity is an unequivocal expression of personal intimacy," the Supreme Court has now concluded.

Denounced and complainant were a couple for almost two years. One day in December 2017, a few months after both ended their relationship, the man sent the photo of his ex-partner with his chest exposed to a friend so that she could send it to him in order to "criticize her weight ". The condemned had that image on his mobile phone because the complainant had sent it to him when they were dating.

The magistrate and rapporteur Julián Sánchez Melgar, who appreciates an "underestimation of privacy" in the acquittal resolution of the Oviedo Court, points out in this sentence, of last July 11, that "the woman's breasts are parts that affect the intimate sphere of it, visible only by their own will, if this were their wish", a circumstance "which was not" in this case.

The woman was the one who had taken the photograph, "of unequivocal sexual expression and relative to the intimacy of the victim", and had sent it to him when they were a couple. In this regard, the Supreme indicates that he does not care who was the author of the image, if he or she.

Two of the five magistrates of the high court, Antonio del Moral and Javier Hernández, have withdrawn from the majority opinion to issue a private opinion, in which they emphasize that it was the complainant who had provided the photo to her then-boyfriend and mention that the diffusion of the image was limited to one person, who was her friend.

In short, the dissenting magistrates believe that the sending to a third party of the intimate photo of a person who has "voluntarily" delivered that snapshot is outside the disclosure of secrets, but could be a crime against moral integrity.