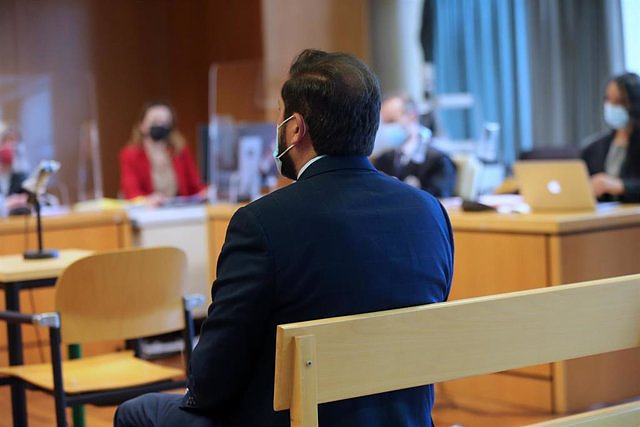 The Supreme Court has confirmed the acquittal of former Vox deputy Carlos Hugo Fernández-Roca accused, without evidence, of sexual abuse against a music teacher.

This is stated in a sentence, to which Europa Press had access, in which the appeal filed by the woman who sued the former parliamentarian is dismissed.

The court ruling considered that there was no "firm and sufficient" evidentiary basis to convict the former deputy regarding the existence of consent or not on the part of the woman.

Now the magistrates of the High Court conclude that "according to the legal provision, insufficiency or lack of rationality in the factual motivation, the manifest departure from the maxims of the experience or the omission of all reasoning on one or more of the tests has not been perceived practiced that could have relevance".

The magistrates point out that "the room has correctly inferred that the victim's statement was without corroborations and that there was no evidence of alcohol intake that prevented him from determining himself sexually."

The former Vox deputy, defended by criminal lawyer Juan Gonzalo Ospina, left the Congress of Deputies in November 2020 after hearing the complaint for the alleged violation. "They have destroyed my life and that of my family because of a false complaint," he said in statements to Europa Press after learning of his acquittal.

The resolution stressed that the "presumption of innocence is raised by preventing a conviction not based on conclusive and resounding evidence." "The subjective conviction of the judge is not enough, but that solid evidentiary base is necessary, which in this case the Chamber lacks," he added.

‹ ›
Keywords:
Tribunal SupremoAbusos SexualesVOX
Your comment has been forwarded to the administrator for approval.×
Warning! Will constitute a criminal offense, illegal, threatening, offensive, insulting and swearing, derogatory, defamatory, vulgar, pornographic, indecent, personality rights, damaging or similar nature in the nature of all kinds of financial content, legal, criminal and administrative responsibility for the content of the sender member / members are belong.
Related News