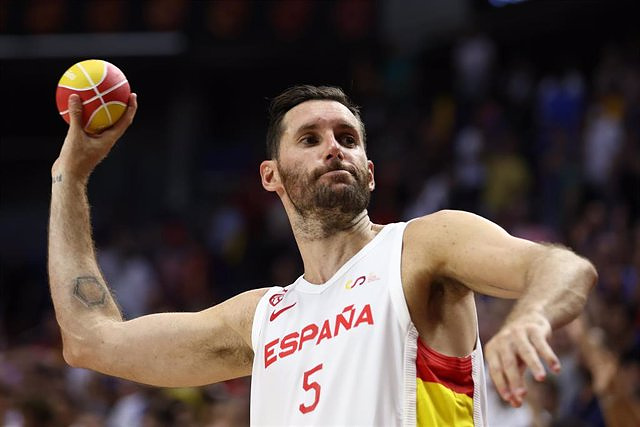 The Spanish team of balloonists comes to Lithuania, for the dispute of the second friendly of preparation for the Eurobasket against the Lithuanian team, without Rudy Fernández and Willy Hernangómez and with 14 players in the order of the coach, Sergio Scariolo.

"As planned in the sports program since the beginning of the concentration, both Rudy Fernández and Willy Hernangómez have not traveled with the group," announced the Spanish Basketball Federation (FEB).

After the defeat in Gran Canaria this Tuesday (77-82), the team travels to Vilnius to face Lithuania for the second time in the last 48 hours, and will do so without a Willy Hernangómez who was the best in the first duel, with 25 points.

So, the Spanish expedition to face the last match of the 'Gira Modo Europa', which serves as preparation for the Eurobasket, consists of 14 players and will rest both Rudy Fernández and Willy Hernangómez, who will return to the group in Pamplona on August 21.