In the annual accumulated traded 4. 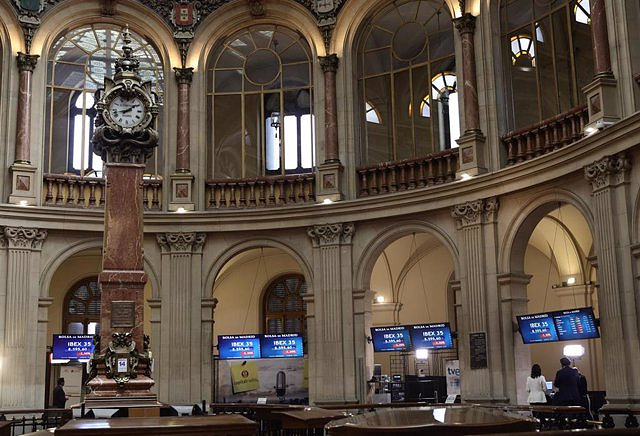 In the annual accumulated traded 4.6% more

The Spanish Stock Exchange traded 24,197.8 million euros in equities in September, which represents an increase of 27.1% compared to August and a fall of 25.1% compared to the same month a year earlier.

The number of transactions in the month of September was 2.8 million, which represents a rise of 23.8% compared to the previous month and a fall of 24.3% compared to September 2021.

According to data from the Spanish Stock Exchanges and Markets (BME), in the year to date the contracted volume rose by 4.6%, but the number of trades fell by 9.2%.

BME reached a market share in the trading of Spanish securities of 61.4%, with an average spread of 6.9 basis points in the first level and 9.91 basis points with a depth of 25,000 euros in the order book, according to LiquidMetrix's independent report.

Admissions to trading, including public debt and private fixed income issues, amounted to 37,704 million euros, which represents an increase of 116.2% compared to the previous month and 21.3% compared to the same month from a year before.

The outstanding balance stood at 1.79 trillion euros, with an increase of 3.5% compared to a year earlier. In the annual accumulated, it increased by 4.2%.

For its part, the financial derivatives market traded 3.71 million contracts in September for a nominal amount of 40,605 million euros.

An increase was also observed in the trading of Stock Dividend Futures, with 6,000 contracts traded compared to 400 in September 2021, which represents an increase of 1,614.3%.

‹ ›
Keywords:
Sector Financiero
Your comment has been forwarded to the administrator for approval.×
Warning! Will constitute a criminal offense, illegal, threatening, offensive, insulting and swearing, derogatory, defamatory, vulgar, pornographic, indecent, personality rights, damaging or similar nature in the nature of all kinds of financial content, legal, criminal and administrative responsibility for the content of the sender member / members are belong.
Related News