The solidarity rate proposed by Brussels would cost Repsol 1,082 million euros, according to Sabadell 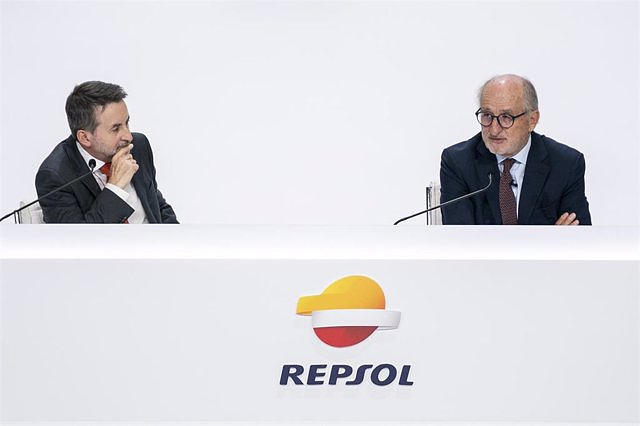 Brussels' proposal to apply a solidarity rate to energy companies on their profits before taxes would have an impact of 1,082 million euros on Repsol, according to analysts at Banco Sabadell.

The impact on the Spanish multi-energy "would be greater" than on other companies in the sector, such as the Italian ENI, due to its "greater geographical concentration in Europe", the report points out.

Thus, analysts estimate the cost to ENI at 455 million euros, which already supports an extra tax in Italy that is estimated to reach 1,400 million euros. On the other hand, the cut in the French TotalEnergies would amount to 1,926 million euros.

In the opinion of the Sabadell experts, impacts on the dividends of Repsol, ENI and TotalEnergies are ruled out because they have 'pay outs' of less than 25% and complete the shareholder remuneration through the repurchase of shares, "which should not be change".

"We maintain our preference for Iberdrola, Ecoener and Acciona Energía and we remain positive on Repsol (the potential impacts would already be discounted with the falls of the last two weeks, when speculation began about the rate)," added the analysts of the financial institution. .

The president of the European Commission, Ursula von der Leyen, estimates that the measures to limit the extraordinary benefits of inframarginal electricity producing companies, from renewable or nuclear, and the solidarity tax on fossil fuel companies will raise 140,000 million euros in the EU, at a rate of 117,000 in the case of the limit on renewables and nuclear and 25,000 in the rate for oil, gas and coal companies.

‹ ›
Keywords:
BruselasRepsolBanco Sabadell
Your comment has been forwarded to the administrator for approval.×
Warning! Will constitute a criminal offense, illegal, threatening, offensive, insulting and swearing, derogatory, defamatory, vulgar, pornographic, indecent, personality rights, damaging or similar nature in the nature of all kinds of financial content, legal, criminal and administrative responsibility for the content of the sender member / members are belong.
Related News