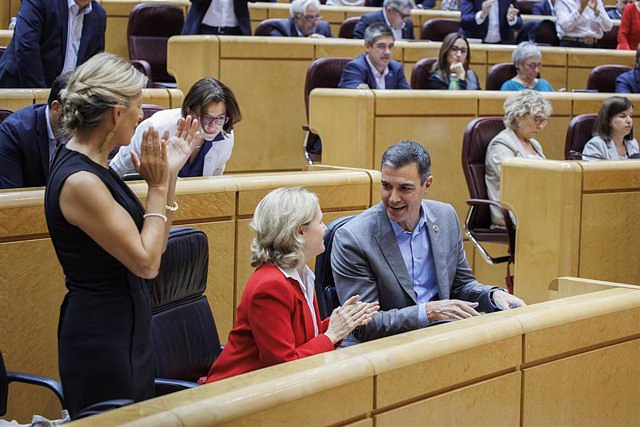 The Senate Board has left open the possibility of setting up an extraordinary plenary session during the last week of the year to be able to address the reform of the Penal Code that repeals the crime of sedition, so that it is finally approved before the end of 2022, as the government claims.

This was announced by the first vice president of the Senate, Cristina Narbona, in a press conference after the meeting of the Board of the Chamber, where she admitted that the situation of the processing of the reform of the Penal Code was addressed on Tuesday.

In any case, the first vice president of the institution has specified that the specific date cannot yet be defined because it will depend on its processing in Congress. Precisely, the repeal of the crime of sedition will pass its first examination this Thursday in the Lower House.

‹ ›
Keywords:
Senado
Your comment has been forwarded to the administrator for approval.×
Warning! Will constitute a criminal offense, illegal, threatening, offensive, insulting and swearing, derogatory, defamatory, vulgar, pornographic, indecent, personality rights, damaging or similar nature in the nature of all kinds of financial content, legal, criminal and administrative responsibility for the content of the sender member / members are belong.
Related News