The Senate allocates almost one million euros to rent new cars, which will be hybrids and zero emissions

Reduces its fleet of vehicles from 20 to 15 vehicles, although it may be increased depending on the number of parliamentary groups. 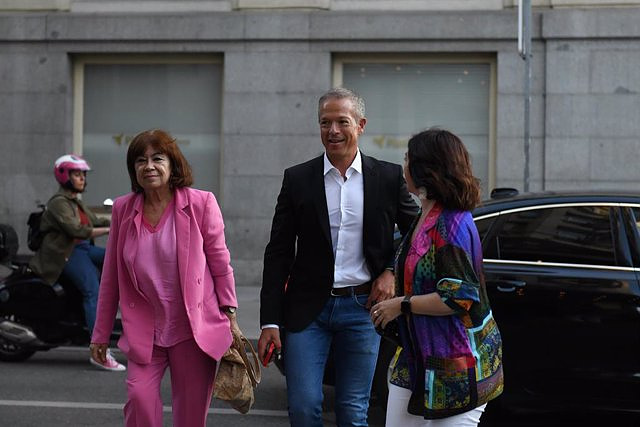 Reduces its fleet of vehicles from 20 to 15 vehicles, although it may be increased depending on the number of parliamentary groups

The Senate Board has announced a competition to renew fifteen cars from the Upper House's fleet worth 980,100 euros over the next five years. They will be 'renting' vehicles that will serve parliamentary groups and members of the Bureau, among others, and will have to be plug-in hybrids and zero emissions.

This is stated in the justifying report of the contract that the Senate Board has tendered, to which Europa Press has had access, which establishes September 5 as the deadline to present the proposals to keep this contract.

Specifically, the Senate will pay 196,020 euros each year for two years, which can be extended for up to three more years, to rent through the 'renting' system five representative sedan vehicles with a Zero Emissions environmental label (exclusively plug-in hybrid vehicles -PHEV- ).

It is the second time in its history that the Senate chooses zero-emission vehicles and through the 'renting' system. In 2018, the Table of the Upper House also approved the contract for the vehicles in the fleet to be classified as ECO or ZERO EMISSIONS.

In fact, these vehicles, which are also rented through the 'renting' system, are the ones currently used by the Presidency, the members of the Senate Bureau, the spokespersons for the Parliamentary Groups, the former president and the security and incidents.

However, the contract for these 20 cars, of which the Senate's fleet currently consists, will end in December this year, so it was necessary to renew it to start using them in 2023.

In this context, the Senate has decided to reduce the number of vehicles in its fleet from 20 to 15 vehicles, which will be unified in a single batch, although there is the possibility of expanding the number of the fleet in the event that demand increases. , which depends on the number of parliamentary groups.

Already in 2018, the Senate decided to reduce its fleet from 32 vehicles to the 20 that there are today. And it is that, before 2018, the Senate owned 27 official cars, three motorcycles, a van and a minibus.

In this new contract, the Senate has decided to continue with the 'renting' system alleging that this model "has shown its advantages over the acquisition of new vehicles, both from an economic point of view, especially in terms of fuel consumption cars with a zero emission environmental label, such as management and service".

This model of renting vehicles from the mobile fleet was established by the Upper House in the 2018 contract, when it decided to renew the fleet given the age of the cars and the number of kilometers traveled.

In fact, in the tendered budget, the Senate already includes all the expenses that the company must carry out for the normal fulfillment of the contracted services, such as general, financial, benefits, insurance, transport and travel, fees for technical staff charge, check and order, packaging, packaging and handling costs, fees, licenses, visas and all kinds of taxes, both municipal and provincial, regional and state.

For the award of the contract, the Senate has established a Contracting Committee made up of a president, three members and a secretary (with voice but no vote).

‹ ›
Keywords:
Senado
Your comment has been forwarded to the administrator for approval.×
Warning! Will constitute a criminal offense, illegal, threatening, offensive, insulting and swearing, derogatory, defamatory, vulgar, pornographic, indecent, personality rights, damaging or similar nature in the nature of all kinds of financial content, legal, criminal and administrative responsibility for the content of the sender member / members are belong.
Related News