The bill of the PSOE and United We Can to eliminate the crime of sedition has started its journey in Congress this Monday, when it was qualified by the Chamber Table - a decision that the PP and Vox have opposed - and could pass its first exam next week in a new plenary session planned by the two groups that make up the coalition government. 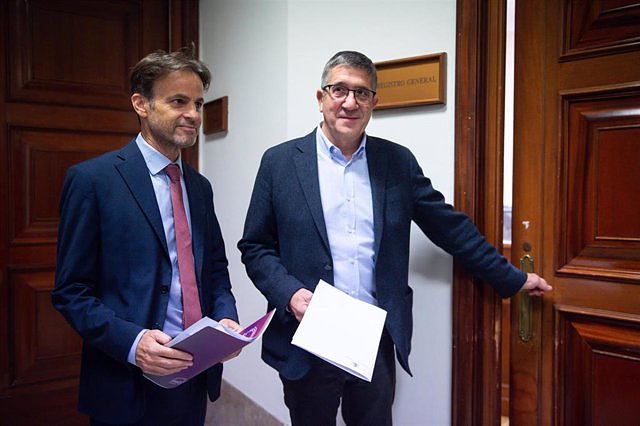 The bill of the PSOE and United We Can to eliminate the crime of sedition has started its journey in Congress this Monday, when it was qualified by the Chamber Table - a decision that the PP and Vox have opposed - and could pass its first exam next week in a new plenary session planned by the two groups that make up the coalition government.

Socialists and 'purples' have asserted their majority so that the governing body of the Chamber gave its approval to the processing of an initiative that, in addition to the reform of sedition, includes the transposition of several European directives on different issues and aggravates the penalties for concealment of the corpse.

As parliamentary sources have informed Europa Press, the PP and Vox have tried to stop the reform by opposing its qualification by the Bureau but they have not succeeded, so the initiative has been ready for publication in the Bulletin of Congress. Vox has already announced that it will appeal that qualification, but this will not prevent the rule from taking its course.

The next step will be its inclusion in the agenda of the Plenary for the debate of its taking into consideration. The intention of the PSOE and United We Can is that the initiative be discussed as soon as possible, since they want the reform to be a fact before the end of the year.

For this reason, the Government groups have requested that the Board of Spokespersons, which this Monday could not pronounce on the matter because it had just been qualified by the Table, meet again next Friday, November 18, and that this way it can schedule that first debate for the following week.

At its meeting this Monday, the Board has already ordered the plenary debate of the 2023 Budgets, which will take place between Monday and Thursday of next week. To be able to modify that agenda and include the debate on the reform of sedition, a unanimity is required, which does not seem possible.

However, the PSOE and United We Can have another possibility, which is to hold a new plenary session of Congress on Thursday, November 24, as soon as the Budget monograph ends.

And in this new plenary session, two regulations will be introduced that will be approved this week in committee (the new Cooperation Law and the proposal for taxes on energy, banking and large fortunes) and two others that face their first vote in the chamber: one from the Mixed Group and the suppression of the crime of sedition.

Once the reform of the Penal Code is taken into consideration, Congress will open deadlines for the presentation of amendments, both in full with alternative text and in partial ones. Of course, the deadlines will be reduced by half since the two groups have requested that their initiative be processed by the urgent procedure with the idea that it be approved by Congress in December.

‹ ›
Keywords:
PSOEPodemosPPCataluña PolíticaCongreso De Los DiputadosVOX
Your comment has been forwarded to the administrator for approval.×
Warning! Will constitute a criminal offense, illegal, threatening, offensive, insulting and swearing, derogatory, defamatory, vulgar, pornographic, indecent, personality rights, damaging or similar nature in the nature of all kinds of financial content, legal, criminal and administrative responsibility for the content of the sender member / members are belong.
Related News