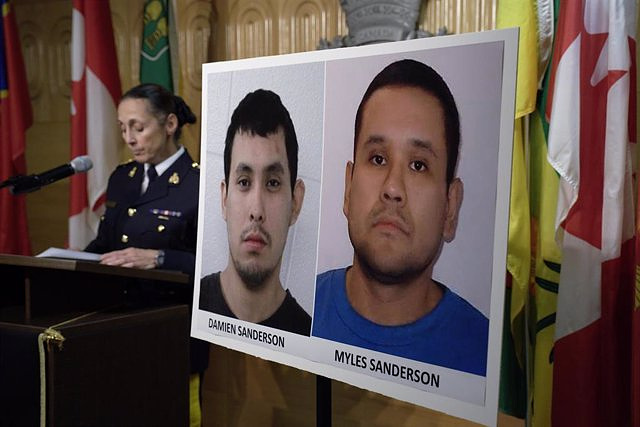 The Royal Canadian Mounted Police continue the search for the two suspects in the stabbing murder of ten people this Sunday in various places on an Indian reservation in the province of Saskatchewan, in central Canada.

The chief of the Police of the city of Regina, Evan Bray, has assured this Monday that during the night they have continued to search "tirelessly" for the two suspects. "We have a new team of investigators and shifts starting today to take on the investigation," Bray explained in a video posted on Twitter Monday morning. "We are not going to stop this investigation until we have those two in custody," he stressed.

The suspects are Damien Sanderson, 31, and Myles Sanderson, 30, who have been wanted since Sunday morning after the stabbing of numerous people in thirteen different locations on the James Smith Cree Nation, an Indian reservation. Up to 10 people have died and 15 more had to be hospitalized. Photos of the suspects have already been released.

Police speculate that the two men were seen in Regina shortly before noon on Sunday and are known to have been driving a Nissan Rogue with license plate 119 Saskatchewan MP, Canadian television CTV reports.

The deputy commissioner of the Canadian Police, Rhonda Blackmore, warned on Sunday that they are armed and dangerous individuals and has recommended not to approach them. Additionally, Ella Blackmore noted that while some of the victims were targeted intentionally, others are random.

The James Smith Cree Indian Nation has issued a declaration of a state of emergency for the reservation that will be in effect until September 30.

‹ ›
Keywords:
IndiaCanada
Your comment has been forwarded to the administrator for approval.×
Warning! Will constitute a criminal offense, illegal, threatening, offensive, insulting and swearing, derogatory, defamatory, vulgar, pornographic, indecent, personality rights, damaging or similar nature in the nature of all kinds of financial content, legal, criminal and administrative responsibility for the content of the sender member / members are belong.
Related News