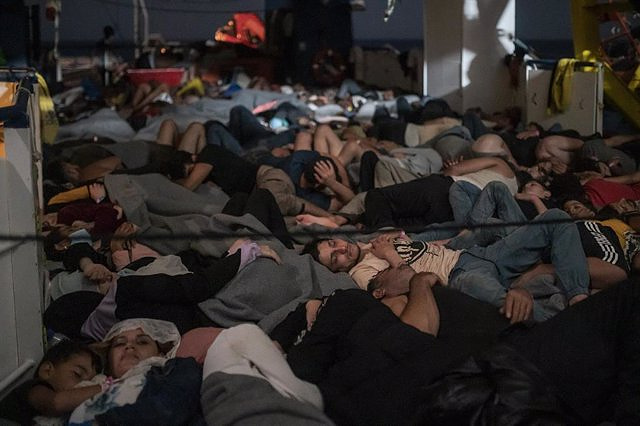 The rescue ship 'Sea-Watch 3', managed by the NGO of the same name, has carried out between Saturday night and early Sunday morning three relief operations in Mediterranean waters and already has almost 400 migrants and refugees on board.

The organization has reported on its social networks the rescue of 20 people from a boat in danger, another 58 below and a third operation that has helped another 13 migrants. Since it began its current mission, the Sea Watch ship has carried out nine rescues.

On the other hand, the 'Humanity1', from SOS Humanity, has 208 people on board, after in the last hours it has rescued 25 migrants who were trying to reach the coasts of southern Europe.

In the central Mediterranean area alone, at least 1,033 migrants and refugees have lost their lives this year, according to the International Organization for Migration (IOM). The Italian Ministry of the Interior estimates that almost 63,000 people have arrived in Italy.

‹ ›
Keywords:
Refugiados
Your comment has been forwarded to the administrator for approval.×
Warning! Will constitute a criminal offense, illegal, threatening, offensive, insulting and swearing, derogatory, defamatory, vulgar, pornographic, indecent, personality rights, damaging or similar nature in the nature of all kinds of financial content, legal, criminal and administrative responsibility for the content of the sender member / members are belong.
Related News