The sale of solar and wind energy generated 13,288 million euros in 2021, according to DBK Informa 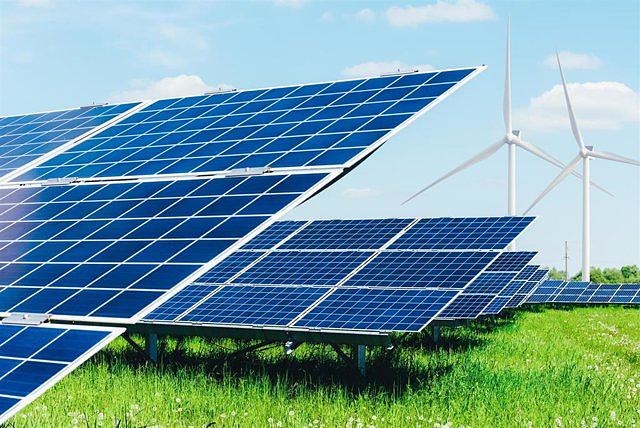 Sales of wind and solar energy generated revenues of 13,288 million euros in 2021, of which 7,327 million euros come from the first type of renewable source and 5,961 million from the second, according to a study by the DBK Informa Observatory.

The total volume of wind and solar energy sold in 2021 reached 83,421 gigawatt hours (GWh), which represented a growth of 12.9% compared to the previous year.

On the other hand, the market share of wind and solar energy represented 32.1% of the total volume in 2021, which represents an increase of 10 percentage points compared to the records of 2018.

The entry into operation of new facilities in recent years has caused a "significant increase" in the generation capacity of renewable energies, the analysis collects.

Along these lines, the accumulated installed capacity of wind and solar energy increased in 2021 to 42,733 megawatts (MW), which means that 12,251 MW have been put into operation since the end of 2018.

"The forecasts point to the installation of some 3,000 new megawatts of wind power throughout the 2022-2023 biennium, which will mean that the accumulated wind power in Spain will exceed 31,000 megawatts in operation at the end of the period", values ​​the study.

Likewise, "the proliferation of large-capacity plants" will continue to contribute to the "remarkable development" of photovoltaic energy, so that by the end of 2023, 17,000 installed megawatts could be reached.

"The supply concentration trend continues, both in the wind energy segment and in the solar photovoltaic segment. The top ten companies in terms of installed power together gathered 54% of the total power in 2021," he adds. The report.

‹ ›
Keywords:
Energía RenovableDBKInforma
Your comment has been forwarded to the administrator for approval.×
Warning! Will constitute a criminal offense, illegal, threatening, offensive, insulting and swearing, derogatory, defamatory, vulgar, pornographic, indecent, personality rights, damaging or similar nature in the nature of all kinds of financial content, legal, criminal and administrative responsibility for the content of the sender member / members are belong.
Related News