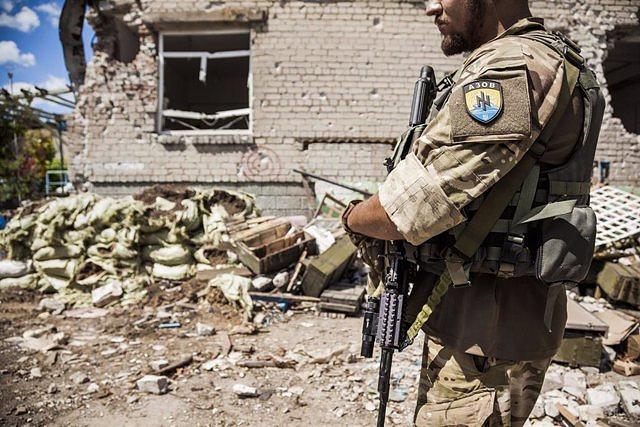 The Supreme Court of Russia has recognized this Tuesday the Ukrainian Azov Battalion, of ultranationalist court and with neo-Nazi links, as a terrorist organization, for which its activities are completely prohibited in Russian territory.

"We recognize the Azov paramilitary nationalist association as a terrorist organization and we prohibit its activities in Russia," the court said in a statement, noting that the decision takes effect "immediately."

In addition, the resolution, issued at the request of the General Prosecutor's Office, implies tougher sentences for members of the Azov Battalion. The court hearing against the unit has taken place largely behind closed doors because the materials presented are classified as secret.

The court considers that the battalion's ideology includes elements of "extreme biological racism", plans for racial segregation in the legal field, rejection of democracy, morality and International Law.

They have also accused their members of attacking representatives of minority ethnic groups and political opponents, intimidating the Russian-speaking community in Ukraine, carrying out kidnappings and resorting to torture, especially in the Donbas region in the east of the country.

Russian forces believe the battalion is behind numerous war crimes, including bombing residential areas, torture and the killing of civilians. The decision responds to a lawsuit filed earlier this year by the Prosecutor's Office, according to information from the Interfax news agency.

Currently, the Russian Investigative Committee is investigating a series of alleged cases against members of the battalion for their possible involvement in the murder of civilians in Donbas.

‹ ›
Keywords:
RusiaTerrorismoUcrania
Your comment has been forwarded to the administrator for approval.×
Warning! Will constitute a criminal offense, illegal, threatening, offensive, insulting and swearing, derogatory, defamatory, vulgar, pornographic, indecent, personality rights, damaging or similar nature in the nature of all kinds of financial content, legal, criminal and administrative responsibility for the content of the sender member / members are belong.
Related News