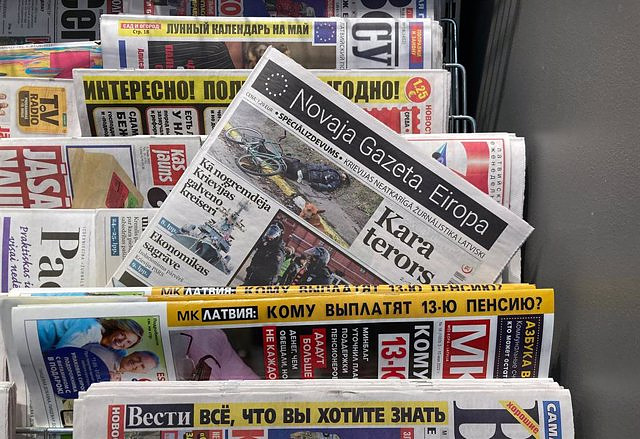 The Russian Supreme Court has ordered this Thursday the closure of the website of the 'Novaya Gazeta' portal, a symbol of Russia's critical voices and whose director, Dimitri Muratov, was awarded the Nobel Peace Prize in 2021.

The sentence comes to endorse the complaints of the body that controls the media, for not labeling two organizations that operate, in the eyes of Moscow, as "foreign agents", according to the newspaper itself, which has already announced that it will file an appeal.

In view of this Thursday, Muratov attended, who in recent months has already seen how the pressure has increased on 'Novaya Gazeta' on various fronts. The Justice had already ordered in another previous opinion the suspension of the printed edition of the newspaper.

The Russian edition of 'Novaya Gazeta' had already suspended its publication in March after two warnings from the media regulator, Roskomnadzor, while the European edition, created after the closure in Russia, has its access blocked following a request from the Prosecutor's Office .

The newspaper was already maintaining limited coverage of the war in Ukraine, after publicly acknowledging that it had to avoid certain content so as not to risk closure after the tightening of censorship promoted by the Kremlin.