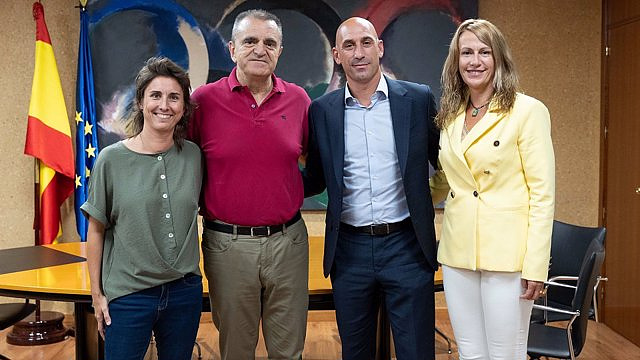 The F League will be able to start this coming weekend after an agreement has been reached for the professionalization of the collegiate members, who demanded the improvement of their working conditions and who had already made a break that prevented the dispute of the first day of the competition.

According to the Royal Spanish Football Federation (RFEF), during this Wednesday "a succession of conversations" took place with the Higher Sports Council (CSD), which helped to unblock the situation and which bore fruit "in a historic agreement for the professionalization of the refereeing establishment in women's football".

Thus, both the body chaired by José Manuel Franco and the federation signed "a pioneering pact" after agreeing to allocate budget items in an agreement for six seasons, in which the CSD will contribute during the first three "an amount of 350,000 extra euros per year that will go to an individualized mutual fund that the referees will be able to dispose of once their professional career is over".

"In addition, the RFEF will contribute the same amount during the first three years to the LPFF through the Coordination Agreement to be allocated entirely to the clubs to deal with the arbitrations of the competition," detailed the federative entity.