The public deficit stands at 2.24% of GDP until June and that of the State at 1.66% until July 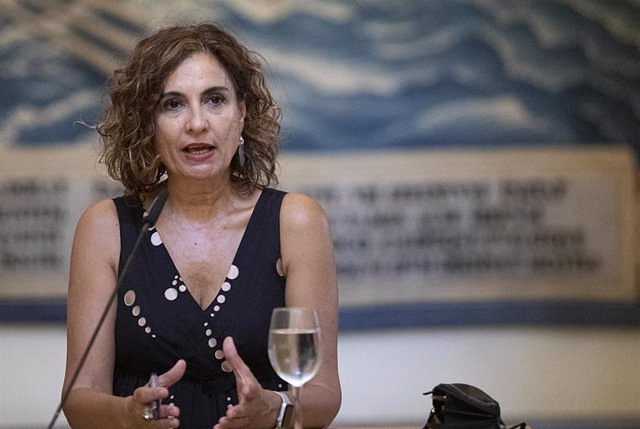 The joint deficit of the Central Administration, Social Security and the autonomous communities, excluding financial aid, stood at 29,248 million euros in the first six months of the year, which represents 2.24% of GDP and a decrease in 45.5% compared to the same period of the previous year.

If the balance of aid to financial institutions is included, amounting to 395 million, the public deficit stands at 2.27% of GDP, according to data provided this Monday by the Ministry of Finance.

The deficit of the State alone, in this case until July, has stood at 21,737 million euros, which represents a decrease of 59% compared to the same period of the previous year and is equivalent to 1.66% of GDP, compared to 4, 4% existing in July 2021.

This result is due to an increase in non-financial income of 32.5%, compared to the behavior of expenses, which grew at a rate of 3.1%.

"The path of decline in the State deficit that began in 2021 continues as a result of the economic reactivation and job creation", highlighted the Ministry headed by María Jesús Montero.

As for the public deficit until June, the Central Administration accounted for most of it, with 21,993 million, 1.68% of GDP, and within this, the State deficit was reduced to the figure of 24,056 million, which is equivalent to 1.84% in terms of GDP. For their part, the Central Administration Bodies registered a surplus of 2,063 million until June 2022, 82.7% more than a year earlier.

On its side, the regional administration registered a deficit until June of 8,168 million, which is equivalent to 0.62% of GDP, compared to the deficit of 7,714 million a year earlier. This result is due to an increase in expenses of 3.8%, while income grows at a rate of 3.7%.

This performance is the result of a 6.4% growth in income, highlighting the good performance of contributions with a growth of 5.5%, compared to the 1.5% decrease in expenses.

Regarding the data of the State deficit until July, the best result is due to a significant increase in non-financial income of 32.5%, compared to the behavior of expenses, which grow at a rate of 3.1% .

Taxes on production and imports increase by 15.9%. Specifically, VAT revenues rose by 19.7%, while current taxes on income and wealth grew by 35.4% due to personal income tax, which increased by 44.9%. For its part, the Income Tax for Non-Residents increased by 67.5% and income from Corporation Tax rose by 25.2%.

On the expenditure side, non-financial State jobs stood at 170,152 million, a figure 3.1% higher than that registered in the first seven months of 2021.

The item with the largest volume is transfers between public administrations, with a weight of 62.4% of total non-financial uses. Specifically, in the first seven months of the year they amounted to 106,157 million, an amount that includes the compensation of the Immediate Supply of Information (SII-VAT) of 2017 paid to the autonomous communities for an amount of 3,086 million euros, as well as the item destined to the Autonomous Communities to cover the loss of resources derived from the negative global balances of the 2020 liquidation, which has been 4,390 million.

On its side, the remuneration of employees grew by 2.2%. This heading, which stands at 11,648 million, incorporates the salary increase for officials for this year of 2% compared to a salary increase of 0.9% in 2021.

Lastly, gross fixed capital formation stands out, increasing by 21.5% in July 2022, to 3,139 million, while investment aid and other capital transfers together amounted to 1,335 million.

‹ ›
Keywords:
Seguridad Social
Your comment has been forwarded to the administrator for approval.×
Warning! Will constitute a criminal offense, illegal, threatening, offensive, insulting and swearing, derogatory, defamatory, vulgar, pornographic, indecent, personality rights, damaging or similar nature in the nature of all kinds of financial content, legal, criminal and administrative responsibility for the content of the sender member / members are belong.
Related News