Pilar Alegría believes that banks can recover their "battered image" by applying the tax "willingly and not reluctantly". 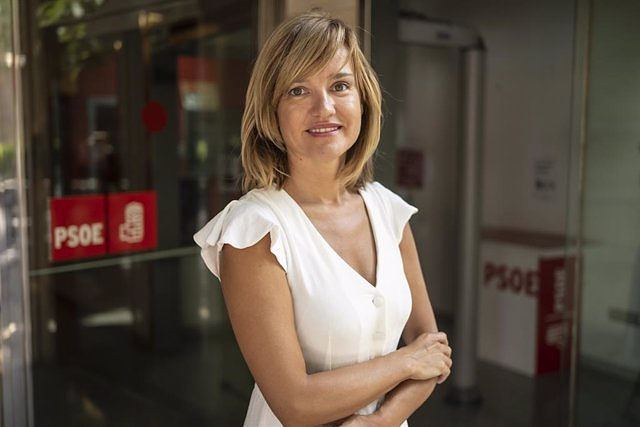 The PSOE will support the increase in the Interprofessional Minimum Wage proposed by the Ministry of Labor led by Yolanda Díaz, in order to reach 60 percent of the average wage, that is, 1,049 euros in 2023. This was stated by the spokeswoman for the Federal Executive of the PSOE and Minister of Education, Pilar Alegría, in statements to Europa Press.

"Our commitment, the commitment of this Government, is to reach approximately 60% of the average salary and that is what we are going to do," he explained, making it clear that they would like to be able to address this commitment with the social agents next autumn. He precisely explains that social dialogue is "another custom" that they "like to maintain".

Pilar Alegría has also referred to the banking tax that will begin to be applied as of 2023. In this sense and given the declarations of the financial sector against it and the possibility that it will be transferred to citizens, she wanted to specify that "With this tax, the main beneficiaries are the clients of these financial entities."

In his opinion, with this tax financial entities have a "magnificent opportunity to recover their battered image" that they have. "And I will tell you even more, I believe that this tax is a true bet on the exercise of corporate social responsibility that financial entities could adopt and also, adapting it with good taste, with good pleasure and not reluctantly, because at the time, with the taxes of all citizens, they were helped at a time in the previous economic and financial crisis", he argued.

According to the socialist leader, the banks can now return a "minimum part" to the citizens of what they received to "save the financial entities in the last economic crisis."

‹ ›
Keywords:
PSOEMinisterio De TrabajoEducaciónYolanda DíazPilar Alegría
Your comment has been forwarded to the administrator for approval.×
Warning! Will constitute a criminal offense, illegal, threatening, offensive, insulting and swearing, derogatory, defamatory, vulgar, pornographic, indecent, personality rights, damaging or similar nature in the nature of all kinds of financial content, legal, criminal and administrative responsibility for the content of the sender member / members are belong.
Related News