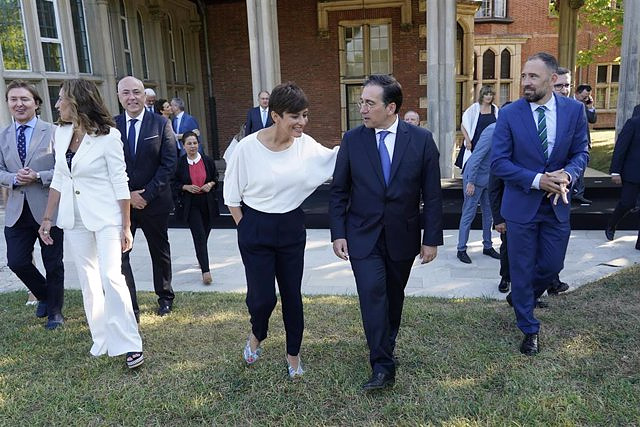 The PSOE has presented an initiative in Congress in which it proposes a meeting between the central government and the autonomous communities, within the CARUE, so that the regional Executives participate in the preparation of the Spanish Presidency of the European Union, proposing an agenda against depopulation.

The Socialists want the CARUE, which met for the last time at the end of July in Euskadi, to be the forum in which the Government of Pedro Sánchez and the autonomous communities advance in a framework to combat the demographic challenge during the Spanish Presidency of the EU.

According to the text of the initiative, to which Europa Press has had access, the Socialists want "during the Spanish Presidency of the EU to be committed to advancing in policies in the face of the demographic challenge and territorial cohesion, as one of the priorities of is".

In the explanatory statement, the Socialists see this Spanish Presidency as "a great opportunity" to place the needs of the country in the European context in the public debate, such as the phenomenon of depopulation.

‹ ›
Keywords:
PSOEUEDespoblación En España
Your comment has been forwarded to the administrator for approval.×
Warning! Will constitute a criminal offense, illegal, threatening, offensive, insulting and swearing, derogatory, defamatory, vulgar, pornographic, indecent, personality rights, damaging or similar nature in the nature of all kinds of financial content, legal, criminal and administrative responsibility for the content of the sender member / members are belong.
Related News