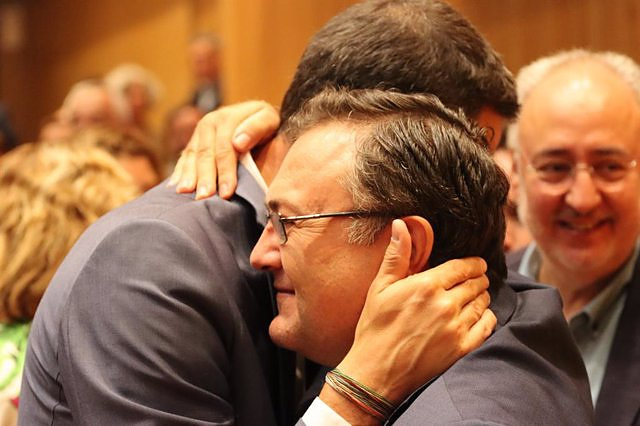 Senator from Malaga, Miguel Ángel Heredia, joined the leadership of the Senate parliamentary group this Monday, following the proposal of the general secretaries of the PSOE-A and the PSOE of Malaga, Juan Espadas and Daniel Pérez, respectively, and the socialist spokesperson of the Senate, Eva Granados.

Similarly, as reported by the party, Heredia will continue to be the spokesman for the Treasury in the Upper House. To these functions is added the coordination carried out by the direction of the socialist parliamentary group of the Senate of 19 areas, including Industry, Health, Education, Equality, Environment, Labor, Agriculture or Science.

The socialist has acknowledged that "this new responsibility that I face from the responsibility and work as a member of the Directorate of the Socialist Parliamentary Group in the Senate is an honor and a pride."

Heredia took the opportunity to "heartily thank our President Pedro Sánchez, the socialist spokesperson for the Senate Eva Granados, the Secretary General of the Andalusian PSOE and the Malaga PSOE for their trust".

‹ ›
Keywords:
SenadoPSOECataluña PolíticaJuan Espadas
Your comment has been forwarded to the administrator for approval.×
Warning! Will constitute a criminal offense, illegal, threatening, offensive, insulting and swearing, derogatory, defamatory, vulgar, pornographic, indecent, personality rights, damaging or similar nature in the nature of all kinds of financial content, legal, criminal and administrative responsibility for the content of the sender member / members are belong.
Related News