The PSOE calls Feijóo "sad, insolvent and incapable" and accuses the PP of "fiscal treason" for suppressing Patrimony 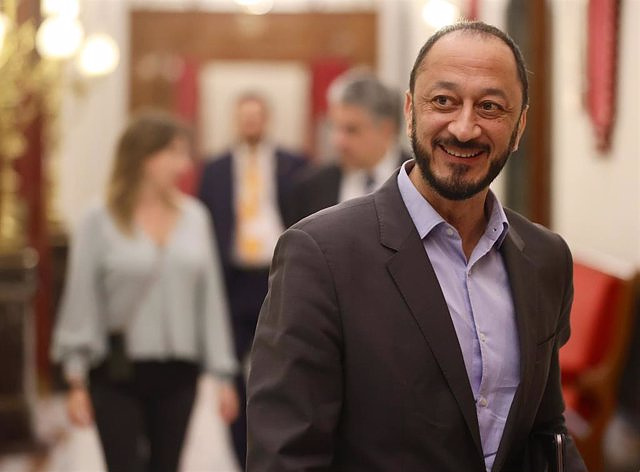 The secretary of Municipal Policy of the PSOE and first vice president of the Congress of Deputies, Alfonso Rodríguez Gómez de Celis, today called the president of the PP, Alberto Núñez Feijóo, "sad, insolvent and incapable", and has accused the PP of making a " fiscal betrayal" to citizens for having abolished the wealth tax in Andalusia and Madrid.

"Feijóo is a sad, insolvent and incapable man, because he projects permanent denialism to citizens," said De Celis during a press conference at the socialist headquarters on Ferraz street, where he appeared to announce that the PSOE will present an initiative in the 8,131 municipalities of Spain so that the PP pronounces itself on the tax on banks and energy companies and that the "neighbors" know that it is against them.

The socialist leader has said that, on the contrary, the PSOE projects "hope and reality" because it conveys to citizens "vitality and hope" that things can get better.

In addition, he has argued that Feijóo is "insolvent" because every time he participates in a debate "there is no correct data" and has branded him "incapable" of governing his own party because, he assures, "he goes after Ayuso and Moreno Bonilla " and with "his tongue out" because these two political leaders mark him.

Regarding the announcement made by the president of Andalusia to abolish the wealth tax in this autonomous community, Gómez de Celis has stated that it is the "greatest fiscal betrayal" that the PP has been able to do in Andalusia and Madrid. In this sense, he has explained that any rich person who is going to live in Andalusia will continue to have his wealth in other parts of Spain and will be "unproductive" for the autonomous community. However, he believes that the wealthy Andalusians have seen how they won the lottery, 384 million who will not pay for this tax.

In this sense, he has assured that the PP has in its DNA "favoring the rich" and has recalled that it did so with the tax amnesty that meant, as he has said, "that they return 2,800 million euros to the rich" and They do now by removing the Heritage tax in Andalusia and Madrid.

‹ ›
Keywords:
FeijóoPSOEPPCongreso De Los Diputados
Your comment has been forwarded to the administrator for approval.×
Warning! Will constitute a criminal offense, illegal, threatening, offensive, insulting and swearing, derogatory, defamatory, vulgar, pornographic, indecent, personality rights, damaging or similar nature in the nature of all kinds of financial content, legal, criminal and administrative responsibility for the content of the sender member / members are belong.
Related News