They are interested in lowering the sentences of the five convicted who were convicted only for the crime of sedition. 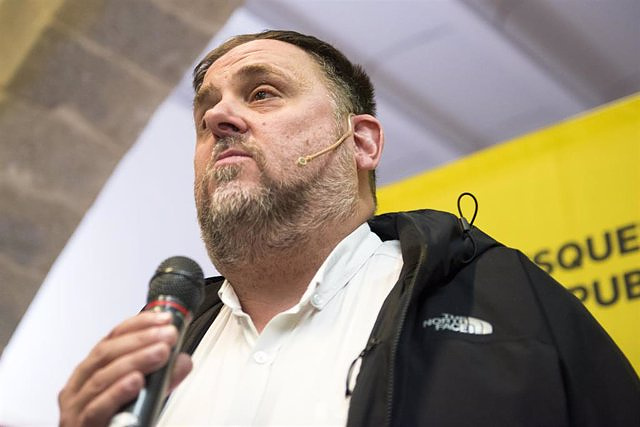 The prosecutors of the 'procés' have requested this Wednesday the court that tried 1-O to maintain the sentence of 13 years of disqualification for the former Catalan vice president Oriol Junqueras, within the framework of the review that the magistrates of the Criminal Chamber of the Supreme must carry out this sentence due to the penal reform that repealed sedition and modified embezzlement.

And, for Sànchez and Cuixart, the prosecutors José Zaragoza, Consuelo Madrigal, Fidel Cadena and Jaime Moreno demand a sentence of 5 years of special disqualification from employment or public office for the crime of public disorder.

Prosecutors explain that "sedition as a complex crime encompassed and absorbed in its typical unfairness both the force and violence that were used, as well as public disorder and non-compliance with judicial decisions", for which reason they maintain that "its repeal does not imply a decriminalization".

"The consequence cannot be other than a new trial of criminality, by way of 'resurrection or return to life' of the preterite precepts, through the application of those less serious criminal offenses that were not applied due to absorption in the criminal offense more serious and complex than sedition", they reason.

‹ ›
Keywords:
Oriol Junqueras
Your comment has been forwarded to the administrator for approval.×
Warning! Will constitute a criminal offense, illegal, threatening, offensive, insulting and swearing, derogatory, defamatory, vulgar, pornographic, indecent, personality rights, damaging or similar nature in the nature of all kinds of financial content, legal, criminal and administrative responsibility for the content of the sender member / members are belong.
Related News