The department assumed in 2021 an increase in the number of criminal proceedings and investigative proceedings. 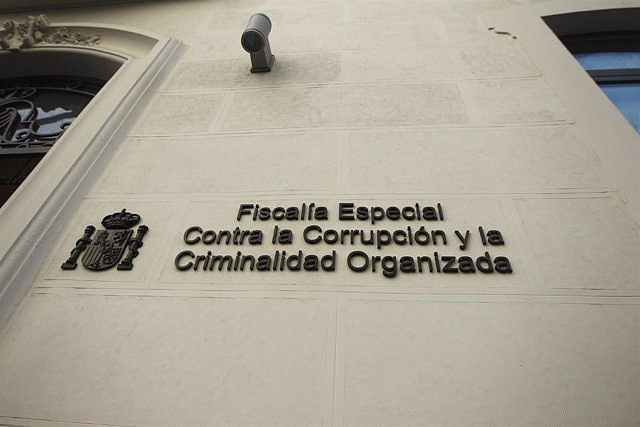 The Prosecutor's Office has warned that the Anti-Corruption staff "is clearly insufficient" to deal with the department's workload, which has suffered a "notable increase" in the past year, registering a total of 1,291 complaints compared to the 1,069 they received in 2020.

This is stated in the section corresponding to the Anti-Corruption Prosecutor's Office of the 2021 Prosecutor's Report, which was presented this Wednesday during the opening of the judicial year.

The aforementioned document focuses on the insufficiency of existing officials in Anticorruption, explaining that "the appointment of officials has not been matched to the increase in the number of prosecutors and members of the Support Units" of the Prosecutor's Office.

The Report not only points out the shortage of officials, but also explains that "it would be desirable to create new Support Units for the Anti-Corruption Prosecutor's Office in various areas, including accounting and finance, specialties that have gained quantitative and qualitative importance in the work" of the department.

Despite this, the Report highlights the work of all the members of Anticorruption, from the prosecutors to the officials themselves, who "constitute that human capital that, with their professionalism and qualifications, represents the main asset of this Special Prosecutor's Office."

On the contrary, during the past year Anticorruption presented fewer indictments (39) compared to those formulated in 2020 (47). In 2021, in addition, 22 sentences were issued regarding legal cases in which the Prosecutor's Office itself intervened, 10 of them being convictions and 12 acquittals.

In 2021 Anticorruption assumed "an increase in the number of both criminal proceedings initiated and investigation proceedings." Specifically, the Prosecutor's Office intervened in 801 legal proceedings compared to 761 in 2020 or 746 in 2019. The figure is especially relevant if we take into account its sustained growth since 2010, in which the figure was 258.

On the other hand, and in terms of criminal investigations, Anticorruption has initiated 40 in 2021, compared to 19 in 2020.

The document presented by the state attorney general also details the considerable increase in rogatory commissions, having processed a total of 22 from Armenia, Peru, Brazil or Switzerland, among other countries. They were related to crimes against the Public Administration such as embezzlement of public funds, bribery, influence peddling or money laundering.

In the field of European Investigation Orders (OEI), in 2021 a total of 25 were received, most of them directly, and from countries such as France, Portugal, Belgium or Italy. The assistance required had to do with investigations related to crimes of false documents, fraud or crimes related to the market and consumers.

Some of the main cases related to economic crime on which Anti-corruption has focused its efforts in 2021 are the case of the Philatelic Forum, Afinsa, the possible irregularities within the SGAE, the alleged scam of Nueva Rumasa or the procedures related to the Bank of Valencia.

In the field of corruption, the Prosecutor's Office highlights the 'Gürtel case', the one known as the '3% case', the 'Punic Operation', the 'Lezo case', the 'Pretoria case' or the 'Tandem' macro-case, made up for more than thirty pieces related to the supposed private works carried out by the commissioner José Manuel Villarejo.

Related to organized crime, Anticorruption has focused on 'Operation Casablanca', which focuses on alleged crimes committed by a gang dedicated to extortion, threats or prostitution. For example, in the 'Polverino affair', the Prosecutor's Office investigates matters related to the Neapolitan camorra.

Anticorruption, which has been dealing with all these issues at its headquarters located on Calle Manuel Silvela in Madrid since 2011, also draws attention precisely to its headquarters, which 2 turns out to be insufficient to adequately house the different departments that comprise it, as well as the staff member of them".

And it is that, they point out, "the increase in recent years in the activity carried out, as well as the significant increase in the staff of the Public Prosecutor's Office has caused a problem for the location of all of them, resolved in part, although not very satisfactorily, through the joint use of some offices by two prosecutors", which "breaks that initial and desirable situation in which each prosecutor had his own individual office".

‹ ›
Keywords:
Corrupción
Your comment has been forwarded to the administrator for approval.×
Warning! Will constitute a criminal offense, illegal, threatening, offensive, insulting and swearing, derogatory, defamatory, vulgar, pornographic, indecent, personality rights, damaging or similar nature in the nature of all kinds of financial content, legal, criminal and administrative responsibility for the content of the sender member / members are belong.
Related News