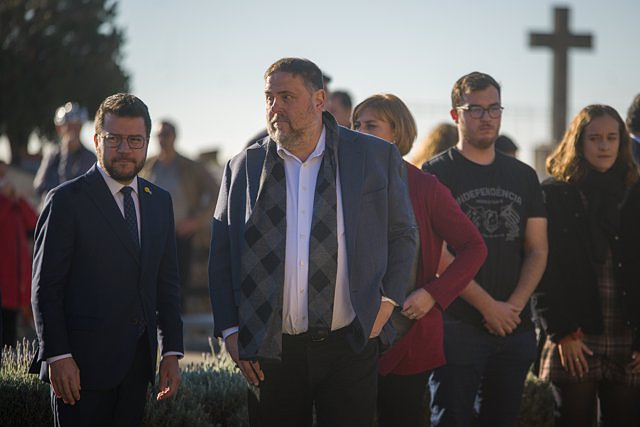 The State Attorney General, Álvaro García Ortiz, has issued a decree on Wednesday to establish criteria in the reviews of cases that are made due to the penal reform that modified embezzlement, endorsing that the sentences handed down in accordance with article 432 be maintained. of the Criminal Code in force in 2015 because said reform "has established identical prison sentences and disqualification", which includes the sentence of the 'procés'.

"Convictions for crimes of embezzlement handed down under article 432 of the Penal Code in force after the 2015 reform will not be reviewed since the new law has established identical prison terms and disqualification," the State Attorney General's Office has reported ( FGE) in a press release.

The Public Ministry explains that "the profit motive required by the new crime of embezzlement will be appreciated in all cases in which the person responsible acts with conscience and will to dispose of public assets as if it were their own, using it for purposes unrelated to the function public to obtain an advantage or benefit of their own or that of another of any kind".

"Consequently, the profit motive will also be appreciated when the person responsible for the crime does not pursue obtaining a patrimonial advantage or a personal economic increase," he emphasizes.

The Public Prosecutor maintains that the penal reform "extends the framework of penal protection of public assets, since the introduction of the new article 433 and the application of article 252 of the Penal Code will imply that no embezzlement conduct goes unpunished and that any attack against public funds have a criminal response."

"In any case, the unfair administration of public assets will not go unpunished, but will continue to be criminally prosecuted after the reform of Organic Law 14/2022," he says.