The Prosecutor's Office opened twelve investigations for insults to the Crown in 2021, which it closed as "political criticism"

Remember that the jurisprudence of the ECHR has led to a "drastic reduction" of cases for crimes against the institution. 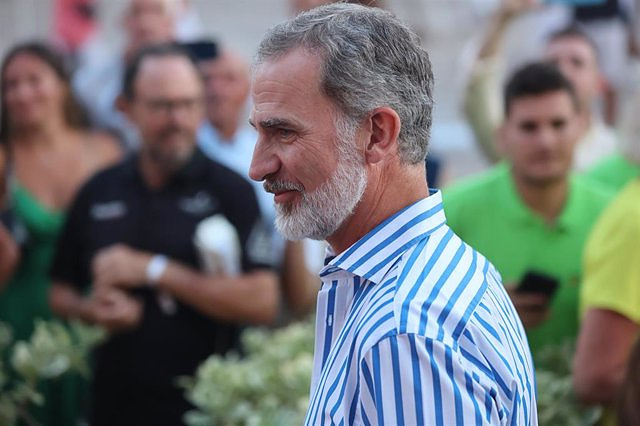 In 2021, the Prosecutor's Office initiated a dozen investigations for insults to the Crown that ended up closing --without prosecuting any-- because it concluded that they fell within the scope of "political criticism", as evidenced by the Report of the Public Ministry about the activity carried out last year.

The State Attorney General's Office (FGE) explains that "judicial activity in this type of crime has focused in recent years on the investigation of actions consisting of the burning of photographs of kings and other insulting behaviors that can be legally classified as crimes of insults to the Crown of article 490.3 and/or 491 of the Penal Code".

However, it recalls that "due to the jurisprudence of the European Court of Human Rights (Judgment of March 13, 2018 in the case of Stern Taulats and Roura Capellera v. Spain) there has been a drastic reduction in this type of procedure."

Since then, he indicates, "the path followed by the Prosecutor's Office, in view of the new jurisprudence, has been to initiate investigation proceedings after receiving reports and complaints from individuals and entities (public and private) for the purpose of making a preliminary trial of the denounced facts and see if the aforementioned jurisprudential parameters are met".

The FGE details that last year twelve investigative proceedings were initiated for insults to the Crown and "all of them were archived on the understanding that they lack criminal relevance as they fall within the scope of political and not personal criticism of the monarchical institution in general, and in particular of the Kingdom of Spain as a nation, and should be understood as a symbolic expression of dissatisfaction and protest, and, therefore, freedom of expression prevails as a fundamental right".

In this section, the Public Prosecutor's Office also analyzes its activity on crimes against the form of government to highlight that "the events that occurred in Catalonia have brought their legal classification to the forefront, as well as their criminal treatment."

"After the celebration of an illegal referendum and the decisions taken by the Parliament of Catalonia in order to implement it, a qualitative leap was made in the development of these behaviors, producing a direct and illegal attack against the constitutional order," he stresses.