The price of food falls for the fourth consecutive month and marks a minimum since January, according to FAO 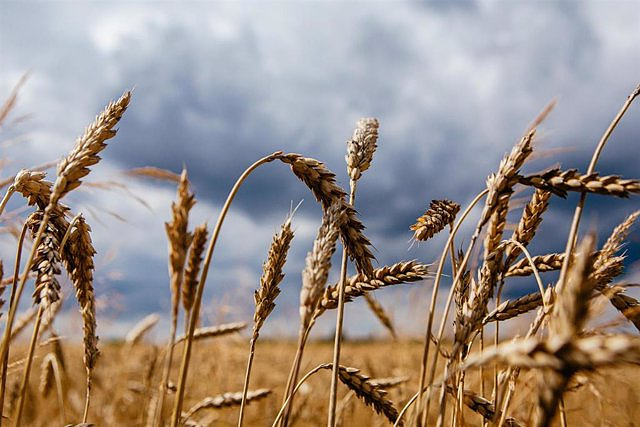 The food price index prepared by the Food and Agriculture Organization of the United Nations (FAO) stood at an average of 140.9 points in July, which represents a decrease of 8.6% compared to June , thus decreasing for the fourth consecutive month, to its lowest level since last January, although still 13.1% above the July 2021 reading.

The FAO highlighted that the decline observed in July represented the largest monthly drop in the value of the index since October 2008, thanks to significant declines in the price sub-indices for vegetable oils and cereals, while those for sugar, dairy products and meat also decreased, but to a lesser extent.

In this way, the cereal price index registered an average reading of 147.3 points in July, after falling 11.5% since June, although it remained 16.6% above its value in July of the year past, after the prices of all the cereals represented fell.

Specifically, world wheat prices fell by 14.5% in July, following the agreement reached between Ukraine and Russia to unblock the main Ukrainian ports on the Black Sea, allowing the resumption of cereal exports from Ukraine. However, international wheat prices continued to be 24.8% above the values ​​reached in July last year.

In the case of vegetable oil prices, the FAO index stood at an average of 171.1 points in July, with a decrease of 19.2% compared to June and marking the lowest level since September 2021 , after the drop in world prices for palm, soybean, rapeseed and sunflower oils.

Likewise, the index for dairy products registered an average of 146.4 points, this is 2.5% lower than in June, but still 25.4% more than in July of last year, while the index for Meat prices stood at 124 points in July, 0.5% less than in June, its first month-on-month decrease after six consecutive months of increases.

Finally, the sugar price index recorded an average of 112.8 points last month, which is 3.8% less than in June and represents the third consecutive monthly decline and the lowest level in five months.

"Concerns about demand prospects in the wake of expectations of a further slowdown in the world economy in 2022 depressed international sugar prices," said the FAO, which also highlighted the effect of the weakening of the Brazilian real against the US dollar and the decline in ethanol prices, which has resulted in higher than expected sugar production in Brazil.

‹ ›
Keywords:
OnuAgriculturaAlimentacionEPAgro
Your comment has been forwarded to the administrator for approval.×
Warning! Will constitute a criminal offense, illegal, threatening, offensive, insulting and swearing, derogatory, defamatory, vulgar, pornographic, indecent, personality rights, damaging or similar nature in the nature of all kinds of financial content, legal, criminal and administrative responsibility for the content of the sender member / members are belong.
Related News