Some 69 euros less than the price per MWh if the gas price limit is not included. 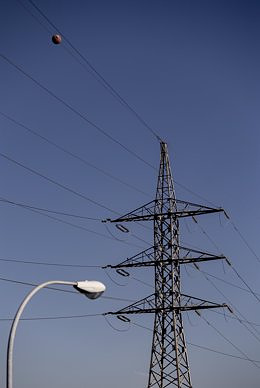 The average price of electricity for regulated rate customers linked to the wholesale market will pick up again on Thursday, with a rise of 16.96% compared to this Wednesday, to 292.61 euros per megawatt hour (MWh), according to the Provisional data from the Iberian Energy Market Operator (OMIE) collected by Europa Press.

In this way, the price for PVPC customers will rise to its highest level since last July 16, when in the midst of a heat wave it exceeded the level of 300 euros/MWh.

To this price of the 'pool' is added the compensation of 122.75 euros/MWh to the gas companies that has to be paid by the consumers who benefit from the measure, the consumers of the regulated tariff (PVPC) or those who, despite being in the free market, they have an indexed rate.

These electricity price levels are registered with natural gas at maximum levels in the context of supply problems in the Old Continent by Gazprom and the reduction in consumption agreed at European level.

Thus, the price of natural gas was listed on the Mibgas market this Wednesday at a price of 134 euros per MWh, after registering an increase of 11.5%, while European natural gas futures contracts, traded on the Dutch platform TTF, around 200 euros per MWh are exchanged.

In the absence of the 'Iberian exception' mechanism to cap the price of gas for electricity generation, the price of electricity in Spain would be on average around 361.51 euros/MWh, which is around 69 euros/MWh more than with the compensation for clients of the regulated rate, who will thus pay around 19% less on average.