The president of the Swedish Parliament, Andreas Norlén, has given this Tuesday to the leader of the Moderate Party, Ulf Kristersson, the order to form a government, eight days after the sum of the rights prevailed in the elections to the Social Democrats led by the interim prime minister, Magdalena Andersson. 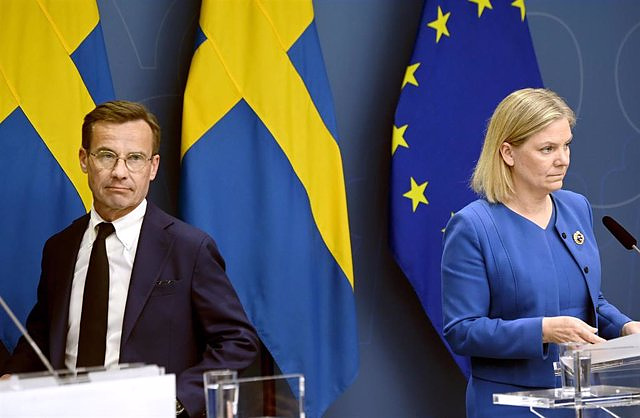 The president of the Swedish Parliament, Andreas Norlén, has given this Tuesday to the leader of the Moderate Party, Ulf Kristersson, the order to form a government, eight days after the sum of the rights prevailed in the elections to the Social Democrats led by the interim prime minister, Magdalena Andersson.

Kristersson's election as the man in charge of forming a new government in Sweden has happened as planned. Norlén pointed out at a press conference that the decision to choose the leader of the Moderate Party has been "quite simple."

"As a result of the rounds with the spokesmen, I am giving the leader of the Moderate Party, Ulf Kristersson, the task of sounding out the conditions to form a government that can be admitted by the Riksdag" --the Swedish Parliament--, has announced Norlén, according to the newspaper 'Expressen'.

"The parties that represent the majority of the mandates in the new Riksdag have pointed out Ulf Kristersson as the right person and therefore it has been a fairly easy decision to make," explained the President of Parliament.

Norlén has informed that he has not established an exact period for Kristersson to finish the task entrusted to him, although he has indicated that "it is clear that there are a series of problems that must be solved and that it will take some time".

Despite the fact that the Moderate Party garnered its worst electoral results in the last 20 years, the figure of Kristersson had emerged as the favorite to form a government, a process with which he must come to an agreement with the other three right-wing formations with which who managed to overtake the Social Democrats.