The Iraqi prime minister will send this Monday an invitation to the political forces and parties to establish a dialogue table. 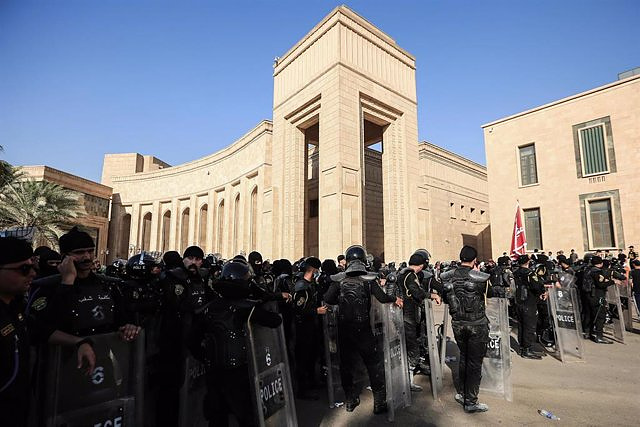 The president of the Iraqi Parliament, Mohamed al Halbusi, said this Sunday that one of the conditions for the national dialogue in Iraq to succeed is to set the date for early elections in the country, which seeks to shelve the current political crisis, marked due to the inability of the different actors to form a government eleven months after the last elections.

Al Halbusi also explained this Sunday on his official Twitter profile that elections at the provincial level are necessary, no later than the end of next year, as well as launching a process to elect a government "with full authority", which is accepted both by the Iraqi people and by the different political forces, according to the NINA news agency.

The President of the Parliament has indicated, among some of the demands, that work must be done on the approval of the general State budget and has emphasized that the Ministry of the Interior be in charge of the deployment and imposition of security throughout the country.

The Iraqi Prime Minister, Mostafá al Kazemi, is expected to send an invitation this Monday to the forces and political parties of Iraq to establish a dialogue table with the aim of overcoming the political crisis that the country is going through, according to the Shafaq news portal. .

The president of Iraq, Barham Salí, already proposed on Tuesday the holding of early parliamentary elections to avoid the chaos resulting from the announcement of the cleric Muqtada al Sadr about his withdrawal from political life in the Arab country.

More than 30 people died in the latest mobilizations of "Sadrist" sympathizers after clashes in the Green Zone of the capital, Baghdad, where the main government and diplomatic institutions are located.

Al Sadr, who had spent weeks mobilizing his hundreds of thousands of supporters in Baghdad to the point of having taken over Parliament twice, demanded the calling of new elections after ten months of failure to form a government.

The Shia cleric's bloc emerged as the winner of the October 2021 elections, but without a majority. His main rivals, a group of pro-Iranian formations concentrated in the so-called Coordination Framework, proposed a candidate for prime minister, but the cleric rejected him because of his ties to former prime minister Nuri al-Maliki.

Iraq is still governed by the power-sharing system established after the fall of Saddam Hussein's regime, by virtue of which the head of state is reserved for a representative of the Kurdish community - I left since October 2018 -. It is up to a Shia to be prime minister, while the presidency of parliament is reserved for Sunnis.

‹ ›
Keywords:
Irak
Your comment has been forwarded to the administrator for approval.×
Warning! Will constitute a criminal offense, illegal, threatening, offensive, insulting and swearing, derogatory, defamatory, vulgar, pornographic, indecent, personality rights, damaging or similar nature in the nature of all kinds of financial content, legal, criminal and administrative responsibility for the content of the sender member / members are belong.
Related News