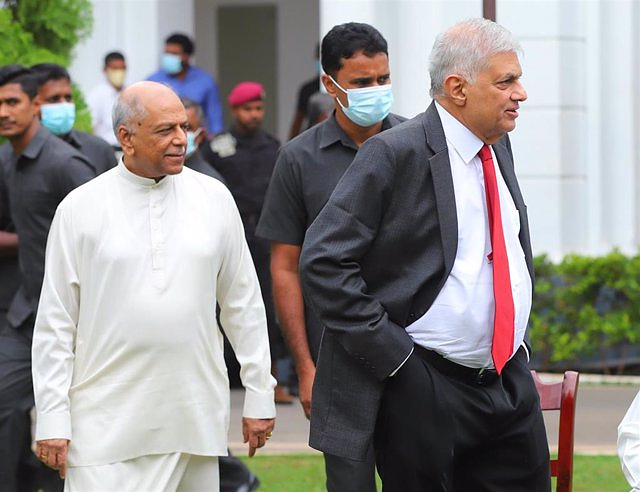 Sri Lankan President Ranil Wickremesinghe assured this Friday that talks with the International Monetary Fund (IMF) to guarantee a crucial aid loan to the country are on the right track but it is necessary to present a plan for debt sustainability national.

This plan was disrupted, according to the current president, both by the policies of the previous government and by the popular revolution at the beginning of the month in the Asian country, which forced the resignation of the Government and the exit from power of the clan of former president Gotabaya Rajapaksa.

The president has guaranteed the IMF that the country enjoys a government "with political stability" that he hopes will result in the successful completion of the negotiations for the declaration of a concentration government, with the presence of all the parties, before the next elections.

"The position of this government is that we can successfully conclude negotiations with the IMF and take the first steps to achieve financial stability," added the presidential statement, collected by the Sri Lankan News Wire portal.

The nation needs about $6 billion in aid from the IMF and countries like India and China to get by over the next six months, Wickremesinghe said earlier this year as prime minister.

Sri Lanka has suspended payment on foreign debts worth some $7 billion that were due this year as its foreign exchange levels fell to record lows. The country's total external debt is 51 billion, of which 28 billion must be paid by 2027, an average payment of about 5 billion a year.

‹ ›
Keywords:
FMI
Your comment has been forwarded to the administrator for approval.×
Warning! Will constitute a criminal offense, illegal, threatening, offensive, insulting and swearing, derogatory, defamatory, vulgar, pornographic, indecent, personality rights, damaging or similar nature in the nature of all kinds of financial content, legal, criminal and administrative responsibility for the content of the sender member / members are belong.
Related News