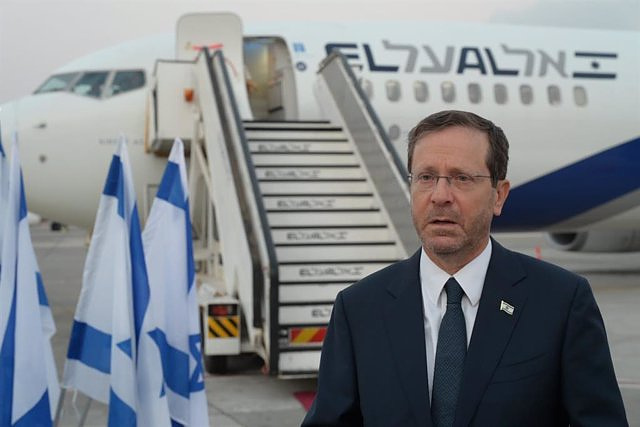 Israeli President Isaac Herzog left for Germany on Sunday on an official three-day trip to meet with German Chancellor Olaf Scholz and commemorate the massacre that occurred during the 1972 Munich Olympics.

Herzog is scheduled to address the Bundestag, the German Parliament, where he will reveal his "diplomatic thoughts on the main issues on the agenda, including the Iranian nuclear program," according to a statement from the office of the Israeli Presidency picked up by the newspaper 'The Times of Israel'.

"I will participate in the memorial together with the families of the murdered athletes, the main leaders of Germany and the officials of the Israel Olympic Committee. I will represent the people of Israel and the State of Israel," Herzog said in the statement.

Monday will mark half a century of an attack in which a group of Palestinian terrorists attacked members of the Israeli Olympic team. Eleven members of this delegation died and a police officer who lost his life in the failed rescue operation launched at an air base.

The Government of Germany reached an agreement on Wednesday with the Israeli authorities to compensate the victims of the massacre after decades of litigation that finally concluded with the apparent consensus of both parties, according to DPA.

‹ ›
Keywords:
AlemaniaIsraelTerrorismo
Your comment has been forwarded to the administrator for approval.×
Warning! Will constitute a criminal offense, illegal, threatening, offensive, insulting and swearing, derogatory, defamatory, vulgar, pornographic, indecent, personality rights, damaging or similar nature in the nature of all kinds of financial content, legal, criminal and administrative responsibility for the content of the sender member / members are belong.
Related News