He asks if the rush to have a majority in the TC has to do with the possibility of pardon. 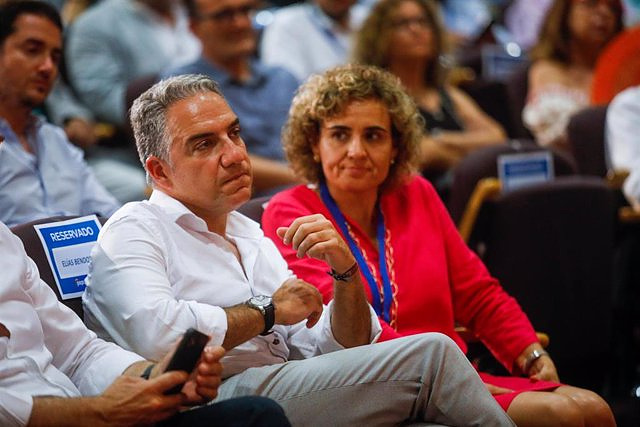 The general coordinator of the PP, Elías Bendodo, has warned the PSOE not to "be tempted to make decisions that no one would understand", referring to the possibility of pardoning former Andalusian presidents Manuel Chaves and José Antonio Griñán before their conviction for the Irregular use of regional subsidies for Employment Regulation Files (ERE).

He has also stated that if the Federal Committee of the PSOE had been held next Saturday, instead of last, in his opinion the Minister of Finance, María Jesús Montero, would not have been elected Deputy Secretary General of the PSOE, given that she was a counselor in two executives led by Chaves and Griñán.

In statements to RNE, collected by Europa Press, Bendodo has wished that the Executive does not incur an "outrage" such as granting in the future the measure of grace to the two former presidents convicted by the Supreme Court.

It has also been questioned whether the rush of the Executive to renew the Constitutional Court (TC) has to do with this resolution, given that it is said that the defenses of both can file an amparo appeal. "It would be a lot of coincidence," exclaimed the PP leader to emphasize that, in any case, his formation will be vigilant.

Bendondo has stressed that the terms of imprisonment, in the case of Griñán, are set in the judicial field and has stressed that the irregular use of regional aid for EREs is the "greatest case of corruption in the history of Spain" , given that the money for the unemployed (700 million) was spent by socialism "on cocaine and brothels."

And it is that the case of the ERE meant, as he has related, the formation of a "client network" that served for the PSOE to be "doped" in various Andalusian elections.

In this sense, the former Andalusian minister has said that on the one hand he feels "sadness" because Andalusia is in the news due to a corruption that the PP has managed to "bury" in this region, but also "relief" given that "one of the the blackest stages" and turn the page of the socialist era.

However, he has warned that it is not the only case of corruption that affects the PSOE in Andalusia and has pointed out that possible irregularities in training courses remain to be elucidated.

Along these lines, he regretted that the President of the Government, Pedro Sánchez, opts for "silent response" and has demanded that the PSOE give "many explanations", after the ratification of this sentence by the high court.

On the situation of Griñán, the general coordinator of the PP has stressed that he ignored certain warnings from the general intervention, to point out that when there are irregularities one "cannot play blind" or "look the other way".

Finally, Bendodo has recriminated the PSOE that "it cannot defend the indefensible" with respect to Chaves and Griñán, at the same time that he has ruled that "it is not advisable", after his internal remodeling of the PSOE and the reaction on the sentence by the socialist spokesperson Pilar Alegría, "mix government and party" because in the end "you deceive the citizens".

‹ ›
Keywords:
ChavesPSOEEREPP
Your comment has been forwarded to the administrator for approval.×
Warning! Will constitute a criminal offense, illegal, threatening, offensive, insulting and swearing, derogatory, defamatory, vulgar, pornographic, indecent, personality rights, damaging or similar nature in the nature of all kinds of financial content, legal, criminal and administrative responsibility for the content of the sender member / members are belong.
Related News