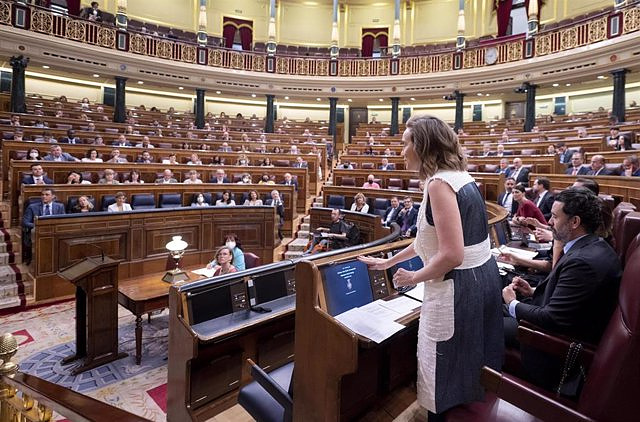 The PP will seek support this week in Congress to force the Government to break down the execution data of the investments and reforms of the Recovery, Transformation and Resilience Plan financed with European funds, as well as its impact in terms of growth and job creation.

This is what those of Alberto Núñez Feijóo claim in the motion resulting from the questioning that the PP addressed to the Minister of Finance and Public Function, María Jesús Montero, in the last control session of the parliamentary course in June.

Likewise, 'the 'popular' want the Government to guarantee that the application of the funds adjusts to the fulfillment of the objectives indicated in the regulation of the Recovery Mechanism.

In the statement of reasons, the Popular Group describes the first year of execution of the Recovery Plan as "disappointing" "based on its null impact on the growth of the Spanish economy" --0.3 percentage points by the Bank of Spain They quote--, without this year the prospects are much better.

Thus, based on budget execution data up to April 30, net obligations of 2,468 million were recognized, 8.8% of all final credits, and payments of 1,587 million were made, 5.6% of what was budgeted for 2022, mostly to public bodies and autonomous communities.

However, the main criticism of the PP is directed at the "opacity" and "lack of transparency" of this real execution, since the common platform of European funds, an information tool that should have been launched in November Last year, he says.

All this, highlight the 'popular', "despite the recurring claims for information made by independent institutions such as AIReF or the Bank of Spain" and their warnings about the lack of execution information and data in terms of national accounting.

Finally, they regret the absence of co-governance and that the communities are not taken into account to design the plan or allow flexibility and adaptability in the investments or calls, express doubts about them and the quality of projects and calls and point out that the Pertes, whose selection criteria they say they do not know, "they do not finish starting"

‹ ›
Keywords:
PPMinisterio De HaciendaCongreso De Los DiputadosFondos Europeos
Your comment has been forwarded to the administrator for approval.×
Warning! Will constitute a criminal offense, illegal, threatening, offensive, insulting and swearing, derogatory, defamatory, vulgar, pornographic, indecent, personality rights, damaging or similar nature in the nature of all kinds of financial content, legal, criminal and administrative responsibility for the content of the sender member / members are belong.
Related News